Apple is the new Compaq 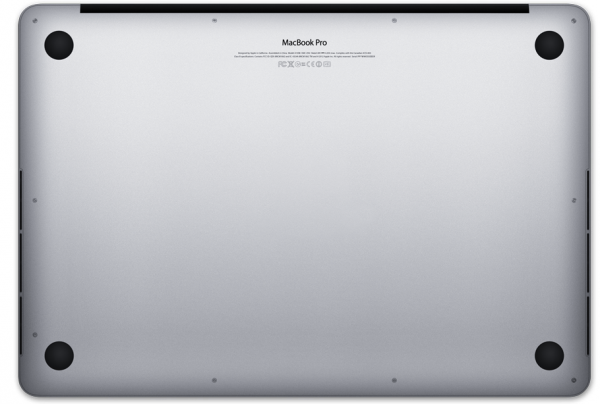 Surely we can blame Tim Cook for that. Wait. You're too young to remember Compaq? Well, Apple's CEO worked there in the 1990s, and his leadership brings some decidedly bad Compaq habits from Texas to California. So for those of you thinking Apple is different under Cook than Steve Jobs, most definitely.

Apple actually started using the five-point screws in 2009, but we can still blame Cook for them. As then-COO, he was responsible for Apple manufacturing and logistics and most certainly these screws would come under his area of responsibility. Perhaps the ever-micromanaging Jobs had a say, too, but he sadly has left this world and Cook remains to take the blame.

Apple first started using pentalobes -- let's call them the "screw you screws" -- to secure stuff it didn't want people accessing, like previous generation MacBook Pro batteries, iPhone 4/4S and MacBook Air. They're screw you screws because they require special tools. I can understand iPhone, but MacBook Pro? Surely the kind of person plunking down $2,199 or more for this computer might want to use it for a very long time and upgrade later on.

Cook and Company don't want you doing that. In December 2010, I asserted: "MacBook Air will redefine personal computing". It has, at least for Apple, which MacBook Pro with Retina Display clearly demonstrates. MBA bears more resemblance to a consumer electronics device than personal computer. Buyers make final configuration decisions when ordering -- there are no upgrades later on. I wrote two years ago: "MacBook Air's design is compact and tidy, packing some proprietary components in a package not meant to be touched after manufacturing".

Apple brings the same kind of design philosophy to where it hasn't really been: High-end laptops. Along with the screws, the flash memory, which Samsung makes, is proprietary, too. Sure, we've seen this on MacBook Air but it's new to the Pro line. Perhaps for safety reasons: "Someone really did not want the battery in the MacBook Pro to come out of the upper case", according to iFixit. "We tried valiantly with our iFixit 6 Inch Metal Ruler to free the battery from its aluminum confines, but to no avail. Rather than risk puncturing a lithium-polymer battery cell, we left the power source in place".

Score One for Repairability

The bottom line should send shivers down the spine of any CIO or IT manager considering buying MacBook Pro with Retina Display. The iFixit folks give the new laptop a repairability rating of one out of 10. If this was a Rotten Tomatoes-rated movie, you would spend your money elsewhere. Reasons include the screw you screws, soldered-down graphics chip, proprietary memory, glued-in battery and fused display assembly. This box is never meant to be opened, and your AppleCare warranty better be up to date if something breaks MBP. Replacement may be the only option.

Apple really is the new Compaq, which was renown for proprietary parts that made mockery of the whole Windows PC ecosystem of interchangeable everything. Compaq did invent the PC clone, after reverse-engineering the IBM BIOS. I guess those Texans didn't want done to them what they had done to others. Proprietary parts kept Compaq cloners at bay, locked in customers and assured beaucoup bucks for the company's resellers. Enterprises complained long and hard about everything from proprietary memory to power supplies.

Long-time Mac fans will argue there's nothing new here and that Apple has long been proprietary. (Gasp, and that's a good thing?) I won't debate this, because it's not relevant to this discussion. In the past, Apple wanted Macs to be serviced, now it doesn't. Compaq worked with select resellers who had the tools to tinker inside its boxes and order proprietary parts. Apple has done likewise for years, but going further. Every part must be accounted for under warranty and returned to Apple. Now, no one other than perhaps your smarter-than-Albert-Einstein Apple Genius is meant to crack open the MacBook Pro enclosure. Say, do these experts don white coveralls and work in clean rooms hidden inside Apple Store?

This locked-down approach continues the shift started with MacBook Air -- making computers more like end-to-end consumer electronics products, which are often thrown away when busted rather than repaired.

But Apple's approach exceeds Compaq's in a way fitting corporate culture. Apple treats its product designs like works of art. Now the company wants you to do likewise. Look, but don't touch.