Skype 5.8 for Mac and 5.10 for Windows offer small changes with big impact 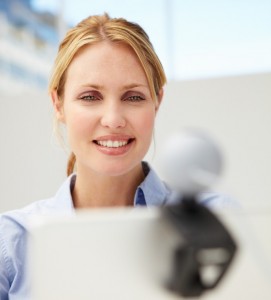 Skype has just launched Skype 5.10 for Windows, and 5.8 for Mac, and both releases contain small but worthwhile tweaks that should make the upgrade worthwhile.

The Windows client sensibly merges the Facebook and Skype contacts into a single Contacts list, for instance. And if you’ve so many friends and colleagues that it becomes tricky to manage, no problem: it’s now possible to pin your most important contacts to the top, so they’re always immediately accessible.

And if you’ve recently had major issues with video calls using old computers then you’ll appreciate a new option to disable hardware encoding. It’s not something to use unless absolutely essential (performance will be drastically affected), but if that applies to you then a basic configuration tweak is all you need. Exit Skype, go to C:/Users/*WindowsUsername*/AppData/Roaming/Skype/*SkypeName*/, open Config.xml, and add the following line under the [General] section. <VideoDisableDirectX>1</VideoDisableDirectX>

Meanwhile, Skype 5.8 for Mac sees a partial rethink regarding the full-screen interface introduced in version 5.0. The slimline contacts list has now returned, and you can reposition and resize it however you like.

Elsewhere, video calling to mobile devices is now smarter. If your contact is using Skype for iPhone, iPad or Android, and they change their device orientation, then Skype will automatically switch the call to portrait or landscape, as appropriate. (This already works when you’re talking to Windows Phone users.)

And as a bonus Skype say 5.8 is now built to work with the upcoming OS X Mountain Lion.

If none of that means too much to you, there are also the obligatory bug fixes. And these seem especially important for the Windows build (the official blog has more), where a screen sharing-related crash and some video calling issues have been resolved.

If you’re running Skype with the default settings then it’ll probably have updated itself already. You can also check manually, though (Help > Check for Updates, say). And if you need to install or reinstall the program somewhere, then Skype 5.8 for Mac and Skype 5.10 for Windows are both available now.

2 Responses to Skype 5.8 for Mac and 5.10 for Windows offer small changes with big impact