I do not care about Facebook's email service, nor will I use it 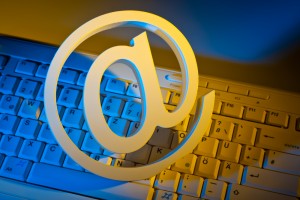 Facebook has really made waves among its users by changing the contact email address information in personal profiles.

In a move meant to popularize Facebook's own email service, users have been given an @facebook.com email address with the same address as the one in their personal URL. For instance, now you have [email protected] if you had the URL www.facebook.com/idontcareaboutfacebook. I believe that is the best news Facebook could have given to those 800 million users, and I think it’s the best thing they’ve done so far.

Most people would voluntarily change their email address if a new and better service became available, and Facebook is gunning for the likes of Gmail and Hotmail. So how are they going after the freemail leaders? Not by offering something better, but instead by changing the contact details on your Facebook profile. It’s a terrific strategy to get people annoyed, at least.

The fact of the matter is Facebook email is old news and it's obvious that no one cared about it back when it was released, even though it was called a "GMail killer."

If we didn't care about it then, what makes Mark Zuckerberg think that we do now?

I’m one of the "lucky few" that are "honored" to have a Facebook email account. Do I ever want to change from Gmail, Hotmail, or even Yahoo? The answer is complex and involves a series of lists containing pros and cons, so here goes: no.

The decision to make their email service popular --or forcibly get noticed, so to speak-- actually has done considerably more harm than good. It was done silently and without user consent; an ugly way to get free publicity and to try to increase revenues.

In light of the recent IPO failure (overestimating Facebook's value) the site is currently trying to cover the lost ground by undermining the users that have made it what it is today. The fact that General Motors backed out of paying Facebook for ads and said they bring no benefit is another reason for concern. They won't be the only rat off the ship.

It just shows that Facebook is so desperate to make money that it would go so far as to dismiss its users' rights to get it.

Social networks have to treat their users with respect. I like my privacy to be respected, I like to have control over what information is being publicly displayed, and control over how I can use my own account. In light of all this, I am very much in doubt that my Facebook account is important enough to keep. I hope Mark Zuckerberg enjoys his new email address, because I sure as hell don't.

21 Responses to I do not care about Facebook's email service, nor will I use it