Is Microsoft trying to kill BYOD? 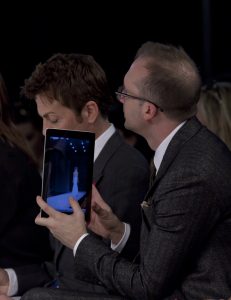 IT news comes in fast. Sometimes it takes us a while to process it all. In the blur of competing headlines, critical trends become obscured, and seemingly disconnected events -- when viewed through the prism of a few days rest and a good cup of tea -- can suddenly seem interrelated.

Consider the past two weeks. First, Microsoft drops the Surface bombshell, including news that only one of the devices -- the Windows RT version -- will be ready in time for the holidays. Then, on the heels of much hand wringing over Google’s Nexus 7 and its impact on the BYOD movement, PC stalwart Hewlett Packard reveals that it won’t be shipping any Windows RT tablets, at least not in the short term. Again, seemingly disconnected events -- yet when you pull them all together they lead to one inexorable conclusion: Microsoft hates BYOD.

To understand how I arrived at this conclusion, you first need to go back to the Surface announcement. Microsoft’s decision to stagger the debut of the two versions, ostensibly because it needs more time to develop and produce the full Windows 8 Pro/Intel-based device, was in fact a thinly veiled signal to key OEM partners: The Redmond behemoth is still on your side.

Microsoft is offering up to consumers the much anticipated Windows "iPad fighter", but it’s shipping the device with a crippled port of the OS that doesn’t include critical enterprise functionality (domain login, group policy support, etc.). Basically, the company is saying "buy this instead of an iPad, just don’t bring it to work ... and if you do, we’re not going to make it easy for you to use it".

HP seems to have understood the message and is effectively ceding the low-end, Windows RT device market to Microsoft -- which, after the TouchPad fiasco, is someplace they didn’t really want to play anyway. Rather, HP is more concerned with the iPad penetrating the enterprise and taking sales away from its higher-margin corporate laptop and (with Windows 8) tablet product lines.

So the boys from Palo Alto play along and reap the benefit of being early to market with an enterprise-friendly, Windows 8 tablet solution. Meanwhile, Microsoft steers a chunk of potential iPad-toting BYOD types towards a platform dead-end that will likely never see the inside of a company conference room. It’s a brilliant strategy, one that leverages the current industry zeitgeist regarding Microsoft’s fear of the iPad and perceived need to counter it with its own, vertically-integrated product stack.

Of course, customers will still try to bring their Windows RT Surface devices to work. However, IT will have the upper hand since they’ll be able to offer a nearly identical user experience on a corporate-approved device from a trusted hardware vendor -- for example, Hewlett Packard. And if a consumer wants to spring for the higher-end Surface tablet, Microsoft has still done IT a solid by ensuring that what the user ultimately brings to work is in fact something they can support.

And this, in a nutshell, is how Microsoft will co-opt, and eventually thwart, the hated BYOD movement, which in this case is really all about stopping more instances of BYOi (Bring Your Own iPad).

34 Responses to Is Microsoft trying to kill BYOD?