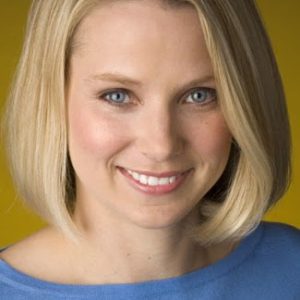 I see an interesting trend among people emailing me to comment about Marissa Mayer: They see her hiring at Yahoo as some kind of trick by Google. Ms. Mayer is Google to the core, readers say, and she’s going to Yahoo simply as a commando to pick and choose future Google acquisitions.

But I can’t write just a two-paragraph column so I’ll go on to suggest what I think Ms. Mayer could do as CEO of Yahoo, which might even have modest success, though probably not in Internet terms.

That’s an issue here because we speak of Yahoo as though it’s dead when in fact it is very profitable. Newspaper chains would kill to post Yahoo’s numbers. But on the Internet, where up-up-up is the norm, just up is bad, and flat is failure (pay attention Facebook -- what happened to your subscriber growth?). Internet rules are very different than rules for the rest of American business.

Shut down Half the Company

Nevertheless, Marissa Mayer is not facing a Steve Jobs-type opportunity at Yahoo, nor does she present a threat to Google.

Mayer was maxed-out at Google. Yes, they could have taken heroic measures to keep her but they didn’t, just as they didn’t when Tim Armstrong went to AOL. Google doesn’t care about Marissa Mayer and doesn’t care about Yahoo, either. There are no parts to acquire, since Google already duplicates everything at Yahoo. The best they can hope is to acquire Yahoo customers.

Mayer will try to show Google how wrong they were to let her go and she’ll do that through product, which is her thing.  So she’ll do what Carol Bartz would have done as CEO had Bartz come from Google and realized how little time she actually had to affect change at Yahoo. If she’s as smart as she’s supposed to be, Mayer will shut down all the bits of Yahoo that don’t make money, which is half of the company.

Shutting things down has been difficult to do at Yahoo because the company is very bureaucratic (thank you Terry Semel) and byzantine in its structure to the point where it isn’t clear at the top what a lot of those moving parts below actually do.  Which parts to shut down?  Which parts are dependent on other parts and dare we risk shutting down the wrong parts? None of this is insurmountable except at Yahoo anyone who is still there is pretty determined to stay, so like Sergeant Schultz, they know nothing!

But this is come-to-Jesus time for Yahoo and Mayer has a small window of opportunity to do audacious things, like shut down all the parts of the business that aren’t contributing to profit. Boom!  Shut it down. This will goose earnings terrifically.

Remember Yahoo is in the process of selling its Asian holdings.  That will go forward liberating a huge wad of cash, most of which will go to current shareholders. I’m not sure that’s the best use of this windfall, but the political reality is that it will happen. However, if I had been Mayer negotiating my deal with Yahoo I’d demand that at least some of that cash stay in the corporate coffers. It would be pretty easy to argue that a slimmed-down Yahoo could show a better return on that money than shareholders will see in alternate investments. I hope she cut that sort of deal.

But even if she didn’t, Yahoo is still a rich company. And with that money Mayer will likely go on an acquisition binge to create an app suite like Google’s, which Yahoo presently does not have. The company’s strong position in mail is the key here. Those 310 million customers are the very heart of Yahoo and they have stuck with the company because they like the mail product. It’s a no-brainer, then, to clone Google Apps for these people. And the way to clone Google Apps is through acquisition and integration. There are plenty of companies to buy and plenty of new DNA to be acquired with those companies, which is the other reason for buying rather than building.

Yahoo needs not so much to be reorganized as to be reborn: radical change is required and that requires new blood.

Plan is in the Mail

There are limits to what Yahoo can do to emulate Google. Mayer won’t do a mobile OS, for example, because she can’t win at that game (if Microsoft can’t win, Yahoo can’t win) but she’ll be sure to extend her apps across all mobile platforms.

Then there’s that nagging question about whether Yahoo is a media company, a content company, an Internet company, what?  The obvious answer is that Yahoo will play to its strengths and invest in growth markets, which include mobile and video. This may sound like a dodge but it isn’t.  The question is unfair for one thing. Yahoo doesn’t have to be entirely one thing or another as long as all the parts are headed in the same direction.

Questions like this one, in my view, always come down to figuring how Ronald Reagan would have spun it.

Yahoo, tear down this wall!

The key to Yahoo’s content strategy is CEO-until-yesterday Ross Levinsohn, who should be encouraged to stay with the company. The way to keep Levinsohn is to take some of that cash and very publicly give him a $1+ billion fund to acquire video content.

That kind of money can change the game in Hollywood.

Yahoo 2.0, if done correctly, will ultimately be a third the size it is today in terms of head count, be even more profitable, and might well survive.

Will Marissa Mayer actually do  these things? I don’t know.