You can't do real work on a tablet 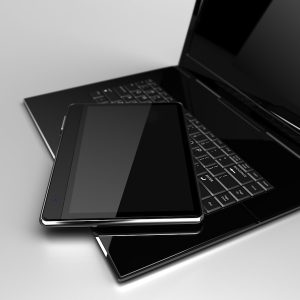 Whenever I think about tablets v. PCs, I remember a bold prediction of old: “Son, 10 years from now everyone will drive an electric car!” When was that, 20 years ago? We’ve all read something like that from someone believing to be clairvoyant.

I read similar articles almost every day where the writer plays the same old broken record: tablets are the death of PCs, or some other flamboyant thing that’s bound to get interest -- with the hope that the reader will agree with the author. It's like almost everyone is set on sending the PC down to the gates of Hell. But why should I agree with their assertions when I actually need a PC?

I see things rather differently, maybe because I’m not writing this story on a tablet but HP 8710P laptop; it has a 17-inch 1680 x 1050 resolution display and is powered by a Core 2 Duo T9300 processor at 2.50 GHz and 4GB of RAM. The computer has served me well for the last four years and I don’t see any reason for letting it go and rushing into buying a tablet; but what I want to do is exchange it for a new, faster PC. Why?

Steve Jobs best described tablets like this: “Our competitors are looking at this like it's the next PC market. That is not the right approach to this. These are post-PC devices that need to be easier to use than a PC, more intuitive. The hardware and software need to intertwine more than they do on a PC. We think we're on the right path with this.” That was his perspective on tablets and a very good reason for their success; they’re designed to be intuitive not to replace a PC.

Surface gets close, but not Really

“Microsoft Surface can win you over” is one of my first stories written for BetaNews, just to point out that there’s a real purpose to the tablet, despite initial reaction, and for plenty of professionals it’s still the only tablet that can suit their tablet needs.

It’s very important not to mix things up and think Surface as a device that can suit their every need, because I believe no tablet can currently substitute a PC. The tablet technology is still too far behind for the post-PC device to completely replace the old trustworthy personal computer; there are quite a few reasons as to why it’s not going to change soon enough.

You can’t do proper multitasking on anything but a single tablet: Microsoft Surface. I find it very annoying to multitask on anything but Windows-powered devices (OS X is just as good though), because they’re the only ones with anything as simple as the taskbar. I spend plenty of time navigating through at least ten tabs at a time in Firefox, switching to Word or Excel to write and talking to friends via instant messaging; this is an all-day continuous process and it’s the lightest of my scenarios.

I’m going to propose an exercise: try to do that on a PC then switch to a tablet and do it all day. I know for certain it’s going to be a complete nightmare. Microsoft Surface might be the only tablet that’s designed to make multitasking easy, but to make it work at the desired parameters I’d need a mouse and a 20-inch-plus display with 1080p resolution.

I can think of lots of reasons why PCs are superior to tablets. Consider these:

1. Android and iOS are too far away. Google couldn’t even manage to make the interface fluent enough, as only a quad-core smartphone like the Galaxy S III or HTC One X can get close to seamlessly navigating through the UI. I really like the Galaxy SIII and I only mention it because Android tablets aren’t faster than Samsung’s new flagship phone, which is still currently the speediest Android device on the market. So what can I expect from a tablet running the Google-designed operating system or from the hardware that is powering it then?

iPads aren’t great either as they’re designed from the start to work as a post-PC device, which implies that their operating system and adjacent software is designed to revolve around the idea of simplicity, not complexity. And that makes for companies developing resource-intensive programs such as Adobe Photoshop to steer clear from tablets.

2. A tablet needs accessories to close in on a PC. A tablet needs a keyboard and display just because it’s too small to be able to provide a large enough workspace to juggle between applications, and it also needs a keyboard to get typing done, as the virtual keyboard isn’t ever as good as the physical one in terms of spacing between keys, feedback and speed of use. I don’t see a point in buying a tablet, a keyboard, mouse and a new display just to make the tablet work as wanted.

I’d have to pay the same as for a new laptop, but it wouldn’t be any faster. So where does that leave me? And that brings us to the matter of processing power. To get the fastest tablet one has to look at the new iPad and up in terms of pricing, because let’s face it: most of the tablets are still too slow.

3. PCs get better applications. I’m surprised at how easily people pushing tablets ahead of PCs dismiss programs like Microsoft Office, Adobe Photoshop and Premiere or Autodesk Maya 3D and AutoCAD -- and I’m only just scratching the surface here. These are not applications that are on every user’s “Most recent” list, but there are plenty of people that need a PC just to run them. Last week, colleague Randall C. Kennedy wrote “BYOD apocalypse deniers suffer from post-PC depression”, which from my perspective emphasizes just the consumer market that doesn’t have to use complex programs like the ones I’ve mentioned.

I’m going to ask you this: do you think that civil engineers design skyscrapers on iPads? Or as another example: do Formula 1 teams use tablets to process information? I beg to differ. These are just minor examples and ones that we can all understand, but they best emphasize the lack of processing power post-PC devices have.

4. PC offers better gaming experience. In a recent CNBC interview, Electronic Arts CEO John Riccitiello said that “The fastest growing platform for video games today is the PC, but it’s growing through subscriptions, through micro-transactions and through downloads”. Major titles are still developed for the PC market because the “old” desktops or laptops are the only ones capable of running them in their full glory. Gamers are interested in tablets, but the technology doesn’t allow the same level of detail to be displayed on a post-PC device as it does on a PC. While that may change in a few years and tablets will try to level the playing field, PC technology will evolve as well and so far has got quite a lead.

5. Batteries haven't evolved enough. That gets us to another issue tablets have: the battery. Unless we’re not that 0.01 percent of the population, we’re all using devices powered by batteries each and every single day. We’ve all faced the same eternal problem: poor battery life. Unless you pack up an immense battery, you’re going to look for the charger in a few hours after playing a game or continuously surfing the Web.

The battery technology has evolved as little as HDD speed has. It’s the final frontier towards proper mobility. In fact, the only reason for getting more battery life today is the advancement in the power management of other components, especially the CPU and GPU field. Lithium-ion polymer battery or Li-Po as it is commonly abbreviated today, which is found in the new iPad and the Galaxy Tab 2 10.1, is just an evolution from the old Lithium-ion technology developed 40 years ago, yet is still powering devices in 2012; albeit in the Li-Po form only became popular 17 years ago.

Nearly two decades later, we’re using the exact same battery technology and we’re not even getting half a day of intensive use from it. This issue plagues all devices and it really shows how little batteries have evolved.

The PC is here to Stay

My point is that tablets can replace PCs for some people, but that it can’t replace them for most of us. Plenty of people still need a PC today. I have no personal agenda against tablets and do believe that in the near future a tablet could replace a PC for some people. I can’t help but to point out some of their current flaws. It’s easy to dismiss the benefits of a computer based on minor tasks alone, but it’s not really fashionable today to admit we can’t easily do all of our work without one.

I simply disagree with the assertion that you can get real work done on a tablet.

133 Responses to You can't do real work on a tablet