10 interesting things we’ve learned from the Apple vs. Samsung trial (so far) 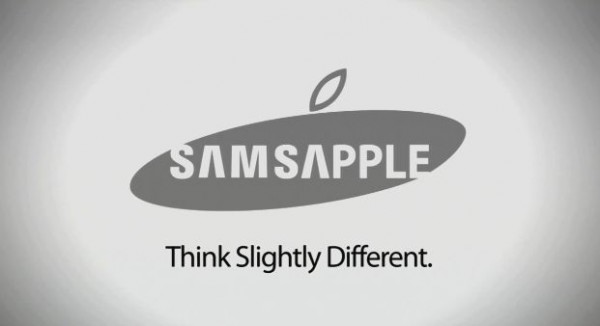 We’re only into the second week of the "patent trial of the century" but we’ve already been granted an unprecedented peek behind the curtain into the notoriously secretive world of Apple Inc. Here, in no particular order, are ten of the most fascinating reveals from the trial to date.

Although Steve Jobs famously dismissed the idea of Apple making a smaller iPad, saying in 2010: "The reason we [won't] make a 7-inch tablet isn’t because we don’t want to hit [a lower] price point, it’s because we think the screen is too small to express the software," he was apparently coming around to the idea prior to his untimely death last year. In an internal email sent to several top executives at Apple in January 2011, senior vice president of Internet Software and Services, Eddy Cue, said he’d voiced the idea of a 7in tablet to Steve Jobs several times since thanksgiving, and that the CEO had "seemed very receptive the last time."

Phil Schiller, Apple’s senior vice president of worldwide product marketing, told the court that the success of the iPod made the company realize that it could do much more than just make computers, and that revelation had led to a rash of ideas and suggestions, including one for an Apple car. Obviously the idea never gained any traction, and was probably never intended to be taken too seriously, but I for one would have loved to have seen Jonathan Ive’s take on automotive design (he drew cars amongst other things pre-Apple, but never really seriously).

In walking the jury through Apple’s product line, company attorney Harold McElhinny said work began on creating a "phone with the capabilities of a computer" in 2003. During Apple designer Christopher Stringer’s testimony, the court was shown a slide that showed the outer design for the iPhone was finalized in April 06.

The iPhone’s codename was "Purple Project"

Scott Forstall, senior vice president of iOS Software at Apple, revealed to the court that the iPhone was developed under the codename "Purple Project" and that the engineers who would be working on it had to come from within Apple and weren’t told anything about what they’d be doing until after they were onboard. The building they worked in was nicknamed the "Purple Dorm" and had a Fight Club sign on the door because, according to Forstall, the "first rule of the Purple Project is you don’t talk about Purple Project."

Apple’s products are designed at a kitchen table

Chris Stringer told the court that the Apple creation process often involved a group of designers sitting around a kitchen table and brainstorming various design aspects before turning the resulting sketches into 3D models using CAD software. "We'll sit there with our sketch books and trade ideas," he said, because that’s where the group is "most comfortable."

The iPhone could have had curved glass on both sides

Around 40 prototype designs for the iPhone were released in court documents filed by Apple, including one with curved glass on both sides. According to one of Apple's former designers, Doug Satzger, the idea was abandoned for a combination of cost reasons and technical difficulties. "The technology in shaping the glass, the cost relative to shaping the glass at the time, and some of the design features of this specific shape were not liked," he explained.

The iPhone screen was designed to look like a pond

According to Christopher Stringer, one of the design goals for the original iPhone was to make it as simple as possible and have a screen that looked like a "dark, oily pond" when off. Not exactly how most people would want to describe their iPhones.

The going rate for an expert witness

Under questioning, industrial designer Peter Bressler, told the court that Apple was paying him $400 an hour to act as an expert witness in the case, and that he’d earned $75,000 so far. Nice work for a job that basically appears to involve just looking at phones and tablets and saying "that’s a bit similar." Apple’s second expert witness, former Apple graphics designer and self-described "icon expert" Susan Kare, told the court she was getting $550 an hour, and had made about $80,000 in total. The third expert witness, marketing expert Russell Winer. told the court he was being paid $625 an hour and had earned about $50K so far. $625 an hour? Peter Bressler must be kicking himself.

In his testimony, Phil Schiller said the company had, prior to the end of fiscal 2011, spent $647 million on marketing the iPhone in the US alone, and $457 million on the iPad. Although that sounds like a lot of money, it isn’t really when you consider the company made $39.2 billion in revenue in the second fiscal quarter of 2012 alone.

Apple does do market research

Steve Jobs wasn’t a fan of market research and once said, "You can't just ask customers what they want then try to give that to them. By the time you get it built, they'll want something new." However, court documents showed that the company does carry out regular surveys to understand how buyers use their devices. One such survey showed that 78% of users owned a case or bumper for their iPhone.

12 Responses to 10 interesting things we’ve learned from the Apple vs. Samsung trial (so far)