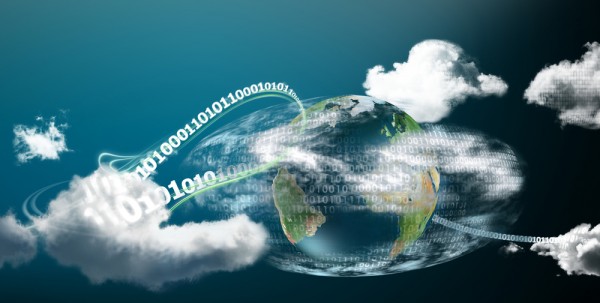 Apple co-founder Steve Wozniak this week warned of the perils of depending too much on cloud storage and the general press reacted like this was: A) news, and; B) evidence of some inherent failure in cloud architecture. In fact it is not news (Woz never claimed it was) and mainly represents something we used to call “common sense”.

However secure you think your cloud storage is, why solely rely on it when keeping an extra backup can cost from very little to nothing at all?

No matter whose cloud you are depending on it will be subject to attack. Bigger targets get more attacks and something as big as DropBox, say, is a mighty big target, while that spare hard drive attached to a PC at your house (or my preference -- the house of a friend) is generally a target too small to even be noticed.

Whether it is bad guys stealing cloud data or generally good guys losing or otherwise screwing-up your cloud data, once it is out of your control that data is effectively gone. To read the news reports about this story it is not just gone but also now someone else’s property, given to them by you under their terms of service that you (and I, I admit) didn’t read.

I wouldn’t worry too much about the loss of ownership, because these cloud vendors are less interested in exposing your holiday office party photos than they are in feeding you ads that appear to be about subjects of interest. And even if you were giving away ownership of your data, which you aren’t, that doesn’t mean you are relinquishing any rights of your own to that data especially if you bothered to keep a copy.

So backup and backup again. At Chez Cringely everything is backed-up locally two different ways, also backed-up to cloud storage, and even backed up again to a server in another city (it’s a PogoPlug under a bed at my mother-in-law’s house and she doesn’t even know). Some of these techniques cost me money but not all do and my total outlay for such an extravagant backup strategy is less than $100 per year.

At home we have both Time Machine (actually an Apple Time Capsule -- there’s the investment) as well as my 100 percent free ClearOS (formerly ClarkConnect, a specialized version of Linux for network appliances) Internet gateway running a backup server in addition to firewall, antivirus, proxy server, DNS server, etc., all on an old Intel PC I had lying around. ClearOS is the best bargain I know in data security and is ideal for protecting multi-PC, multi-platform home networks. For home use it costs absolutely nothing, runs fine on old hardware, and easily replaces $100+ in security software from places like Kaspersky, McAffee, and Symantec. And with all that crap removed from your PCs they are faster, too. ClearOS protects the computers and their users by protecting the network.

Steve Wozniak is right -- users are going to eventually be burned if they rely solely on cloud backup. Forget about natural disasters and malware, what happens when these outfits just plain go out of business? Where is your data then? Nobody will know.