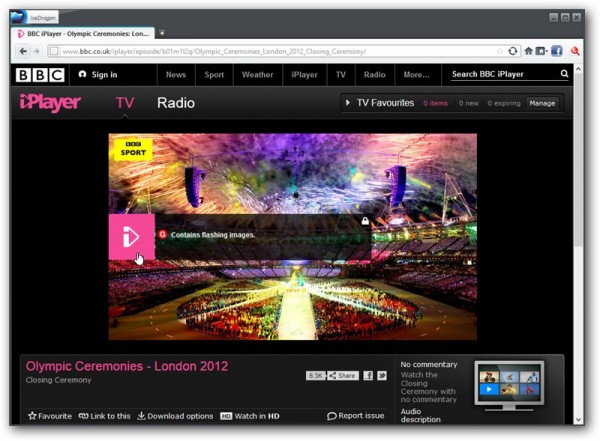 One of the fundamental aspects of open-source software is that it’s open for all to use or modify as they see fit. Comodo has taken this approach to release its take on two open-source browsers, namely Google Chrome and Mozilla Firefox, with the release of Comodo Dragon and Comodo IceDragon respectively.

Both browsers attempt to provide more secure alternatives to the originals -- although on Windows builds are provided, and with the release of Comodo IceDragon 14.0, Comodo has added an extra layer of protection in the form of CertSentry in addition to a number of other tweaks and improvements.

As its build number suggests, Comodo IceDragon 14.0 is based on the latest stable build -- 14.0.1 -- of Firefox. What it offers are similar multi-layered security features to that found in Comodo Dragon. That means you can opt for secure DNS settings to help avoid accessing malicious websites (a by-product is also the potential for faster page-loading times).

There’s also the Site Inspector, which can be used to further investigate the legitimacy (or otherwise) of any site you visit, plus a non-security feature in a built-in tool for quickly sharing a page with your social networks.

Version 14.0 introduces a new option for enabling the Comodo Secure DNS feature in IceDragon only. It also integrates CertSentry, a new security feature introduced by Comodo as part of its push to improve certificate revocation checking in response to high-profile malware attacks on digital online certificates.

There are some user-interface tweaks too in this latest build -- the Close Tab button has been enlarged, and the background colour for inactive tabs has also been changed to improve visibility. It also promises some bug fixes involving internal updating and the interface, and now boasts better compatibility with existing Firefox themes.

Comodo IceDragon 14.0 is a freeware download for Windows XP or later only. Other alternative browsers based on Firefox for Windows are also available, including Pale Moon and Waterfox (64-bit only). Both concentrate on delivering more performance rather than providing extra security.