What Windows 8 needs to succeed 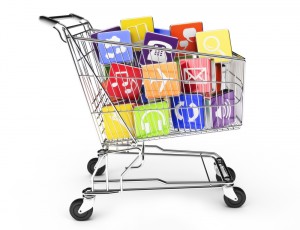 As a long-time Windows user, as well as software developer, I have pondered about what would make Windows 8 and the new modern UI (aka. Metro) a success. Microsoft can spit and polish the operating system, but people will interact more with applications. As good as Windows 8 might be, it won't satisfy if the apps aren't good enough.

That's why I believe Microsoft needs to rethink Windows Store. One isn't enough for Windows 8. There needs to be a second Signature store that offers only the highest-quality apps, however few they be. I'll explain.

Last year I realized that the computer world is going mobile and that I better get on board as a software developer, which is why I got my first tablet -- the ExoPC. I looked forward to Windows 8 and realized that when released it will be all about mobile. Yet, Android intrigued me, so I purchased a nice small decent 7-inch Android Zeki tablet. I like the design. I like the size. The quality is good. But when it came time to start downloading some apps, the experience began to change: Too many apps, not enough quality!

I started downloading as many free apps as I could find that interested me. To my surprise, most free apps display advertisements, which gets to be a real distraction after awhile. I would not mind if a free app advertised a paid app created by the same developer (software developers simply cannot do everything for free), but they were more like a bunch of Google advertisements found on many websites.

Additionally, I was not very impressed with the quality of many of the apps. Surely there are some very good Android apps, but how does one find them among the hundreds of thousands of choices available?

Windows 8 Store is a Fresh Approach

By comparison, I am relatively pleased with the Windows Store, despite the limited number of apps. Sure, it will take awhile before we get more and better choices, but using the store is a nice experience. I find it much easier to deal with than some Android stores. The selection, downloading and installing of apps on Windows 8 should be a better experience for many people compared to Android stores.

The goal of any app store is to provide as many choices as possible for users, but there is an inherent problem with having thousands, if not millions of apps available. You simply can not maintain control. Low-quality apps can easily flood into any mobile app market. There is also a temptation for Microsoft to try to build up the base of its apps in the store quickly, simply to get a high count, which could lead to poor-quality apps sneeking in. So what is the solution?

While Microsoft already has its current Windows Store for downloading apps for Windows 8 and likely the store will use some kind of automated system to vet the apps, especially as the numbers grow, I really think they should create a second totally unique store. It should be called Microsoft Signature Store. The company has used the Signature brand for awhile now in its online store for selling computers, laptops and tablets free of so-called bloatware. When you purchase a Microsoft Signature PC you expect quality and no bloatware. The ExoPC tablet I purchased was a Signature version from the Microsoft Store and I got what I expected -- quality.

Microsoft could use the Signature brand for a second app store for Windows 8. How would this shop be different? Developers would be required to have their apps distributed through the normal Windows Store. Nothing would change. What Microsoft could do would be to set up an in-house team, which monitors the quality of apps and makes sure that meets the Signature standard. Apps with real value would be offered in the Microsoft Signature Store. Any employee at Microsoft could make a suggestion to this team but they would make the decision.

Now the Signature Store, to work, must use only real people to vet the apps. No matter how big it gets, the apps must be vetted by real people who download the apps and spend some time with them. That is the only way I can see it work. I would want to see some real commentary by any (or all) of the Microsoft people who actually use the app as well.

The Signature Store, does not need to have thousands or millions of apps. It only needs to have a few hundred that are guaranteed to be of high quality, fully tested. One good example of an existing Windows 8 app of such a standard is the Cut the Rope game. I enjoyed that game from day one and the Windows 8 implimentation is of high quality.

A large number of apps is simply meaningless. Too many poor quality apps puts off users. I would rather go to an app store with only a couple hundred apps, which all have been vetted by a real human being for their quality, than to an app store with millions of apps of dubious quality.

Microsoft is trying hard to build a better operating system (Windows 8) and better tablets (Surface), but to make it all work they have to build a better app store. If they created a unique Microsoft Signature App Store, no matter how much work it requires from real people, in the long run it would likely ensure the success of Windows 8.

Whether Microsoft appreciates it or not, the Windows Desktop (aka. WIN32 software) is here to stay, at least for the near future. Business users of Windows 8 will be concerned about getting quality software for use with the Desktop (x86) that is of high quality and runs well on Windows 8. Why not create a third app store? This one could be called the Microsoft Signature Desktop Store and distribute x86 apps specifically designed to work well with Windows 8 and particularly with touch-enabled devices.

It is important for x86 tablet users to have software that is well written for the desktop, but is designed specifically for a touch device (and one with a mouse). This Signature store would also allow developers to distribute their apps (not just advertise them), but the apps would be vetted by real people at Microsoft, too. Their job would be to find such software, whether from the big sofware companies or independent software developers. Again it is not the quantity that matters, but the quality. Even quality freeware should exist in this store.

In the end, it is the software which counts.

No matter how good the operating system or the hardware is, in the end the apps matter more.