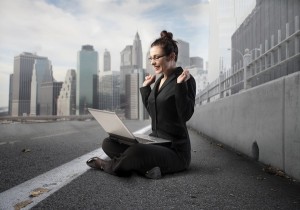 MAGIX Software has revealed MAGIX Movie Edit Pro 2013, the latest edition of its powerful video editor. And a strong focus on performance has resulted in some major speed enhancements.

AVCHD import is now up to 40-percent faster, for instance. Processing effects on the GPU has delivered a 90-percent speed boost, while rendering AVCHD Full HD projects can be up to twice as fast in some situations.

Workflow improvements see you now able to quickly play or trim your clips, directly from the Media Pool.

And as before, the new family comes in the form of three editions. Movie Edit Pro 2013 is the base; Movie Edit Pro 2013 Plus extends the program with secondary colour correction, advanced effects, professional movie templates, multicam editing, AVCHD authoring and more; and Movie Edit Pro 2013 Premium is bundled with NewBlueFX Video Essentials, digieffects Phenomena and proDAD Adorage 13.

Put it all together and this is clearly a solid release, with plenty for old hands and new users alike. If you’d like to find out more for yourself, though, a trial version of Movie Edit Pro 2013 is available now.