Will Apple Maps keep you from upgrading to iOS 6? 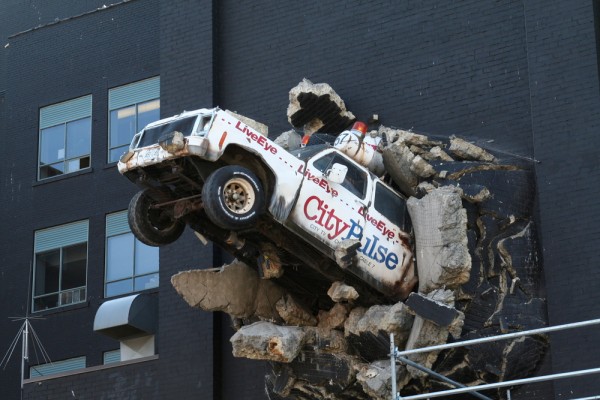 I've wanted to ask this question all day. But we needed an Apple Maps review first -- Wayne Williams delivered a good one -- and it needed a few hours live on the site. But I can refrain no longer. Will Apple Maps keep you from upgrading to iOS 6?

Considering the bad reaction to Apple's homegrown replacement for Google Maps, it's no idle question. About three quarters of US smartphone owners use location-based services, with mapping programs ranking among the highest, according to Pew Research. If you're among them, and actually would like to reach a destination using an Apple device, iOS 6 may not be for you. That is if the default mapping program is your primary one.

Wayne's review tells of a nearly 250-mile misdirection in Apple Maps turn-by-turn directions. He describes the new app as a "huge downgrade. And the problem is it’s so far behind what Google offers that I just can’t see it ever getting good enough to compete. Apple is supposedly all about the user experience, but here it’s replaced a great experience with a poor one. Like swapping the old YouTube app with Tim Cook’s VHS collection or giving users MySpace in place of Facebook".

Commenter Loon says the "paragraph sums it up so nicely!"

But not everyone is troubled. BetaNews reader Bladeforc3 says Apple Maps "works fine for me by using postcodes instead of names; much easier and with thought it does let you edit the final match. [You] just have to get used to it. I find this a heck of a lot smoother and you can see more than Google Maps".

ghostface147: "For me, it works great. However, I would be replacing it with the Google Maps version if they ever publish one on the App Store".

A commenter going simply by David has different experience: "it's a complete rubbish! It's calculating routes form my home that are ridiculous. Google was doing just fine including my 12 months trip to SE Asia where maps are not that up to date. With this I wouldn't dare to go there without a backup paper map. Such a disappointment".

Perhaps you've seen some of the, ah, interesting headlines -- and, remember, Apple usually gets good ones. Certainly nothing like these:

Google must be thrilled to see Apple cut off its proverbial nose to spite its face with the currently horrendous iOS mapping app -- and the Internet is having great fun with the mess. Keep in mind, though, that Apple has far more cash than Google and is obviously willing to spend whatever it takes to catch up and surpass the competition.

This afternoon, the InterWebs buzzed about a report from ad network Chitika claiming that iOS 6 upgrades reached 15 percent of devices in just 24 hours. That despite "Apple’s in-house Maps app failed to impress". In response I asked on Google+: "Yes, but because of the Apple Maps disaster, how many upgraders are sorry for it?"

Lawrence Guzzetta has "#noregrets For what i use it for, The maps app works as well as the old maps app". Well, he did work for Apple 20 years ago.

"I don't think most people upgraded just for the Maps app", ﻿Bud Porter responds. "I know I didn't. I much prefer Waze, anyway. I don't know that I could use a mapping app without realtime information being fed to it from people actually on the street".

Greg Hortin sees things differently, asking: "Downgrade your out of the box experience and disadvantage users to get one up on a competitor?"

60 Responses to Will Apple Maps keep you from upgrading to iOS 6?