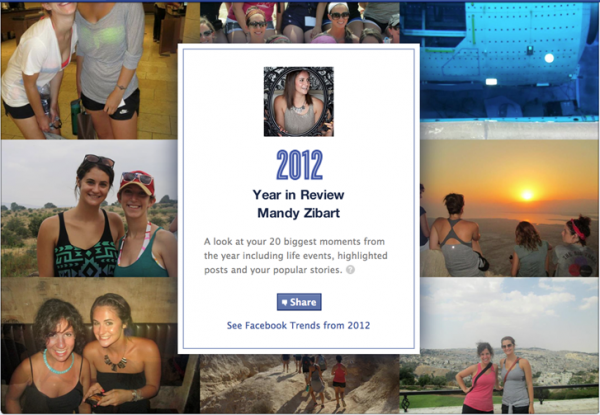 The trend for tech companies in the past few days has been to, well, release lists of trends for the past year. Today Facebook joins Google, Twitter, Yahoo and others in releasing its list of the most talked about stories of 2012. Let's face it though, these lists rarely vary no matter if it's a search engine or a social media website. What people search for most tends to also be what they are talking about the most.

Still, Facebook is one of the biggest influencers on the web right now. Consequently the data the company releases carries some weight.

To that end, here are a few of the more interesting things that can be found in the data. Unlike Twitter, Facebook hasn't released any numbers, only a series of top ten lists. Not surprisingly the recent presidential election tops the "Events" list, which also includes the summer Olympics and the death of Whitney Houston. Interestingly, "Obama's Endorsement of Gay Marriage" appears at number ten, which is a subject not included in other lists.

There are also lists for songs, movies (not surprisingly topped by The Hunger Games and The Avengers), books, technology (with Instagram at number one), politics, sports and a few others.

The lists are not vastly different from top searches in most regards, but things like "memes" do add a separate element to Facebook and Twitter that cannot always be found in simple search results. While we search for news and public figures, we tend to talk more about perspective and opinions.