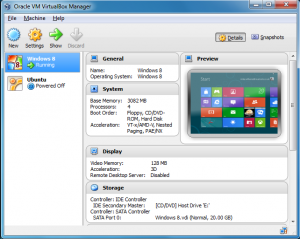 Oracle has announced the release of VirtualBox 4.2.6, the latest edition of its powerful cross-platform virtualization tool.

This is a maintenance release, and so looks more or less unchanged. But the build does include plenty of welcome bug fixes and other small improvements.

An El Torito BIOS fix should help when you need to boot VMs from a CD.

Windows Additions has been tweaked to work better with Windows 8 and Windows 2000.

And there are multiple fixes to improve reliability and ensure the program works as you expect. So you can now terminate a VM even if VBoxSvc has crashed, for instance. And Windows Additions won’t fail just because the shared folders host service isn’t available.

If you need to know more, then the full list of fixes and improvements is available in the official Changelog entry.