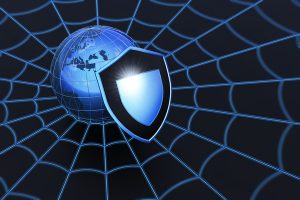 Who offers the best antivirus protection? It’s not an easy question to answer, but independent testing labs AV-TEST and AV-Comparatives have just released their latest results and reports, and they make very interesting reading.

And while half a point here and there doesn’t mean much, the fact that Microsoft Security Essentials 4.1 rates a 1.5 for protection, when just about every other package scored 4/6 or higher, probably tells you that there really is a very major difference in quality.

One lab’s results don’t necessarily mean a great deal, of course. But AV-Comparatives has just released its own December report that looks quite similar: Bitdefender takes their “Product of the Year” award by a very narrow margin over Kaspersky, and F-Secure scoring well on proactive (heuristic/ behavioral) detection.

And while Microsoft did receive one award here for low positive detections (none whatsoever), the package otherwise scored poorly in regular detection tests. Let’s hope things pick up in 2013.

If you do want to switch -- right now -- to a higher-rated security package, though, keep in mind that we have some excellent deals on the Downloadcrew Store at the moment. Bitdefender Total Security 2013 is available for $29.95, for instance, a 63-percent discount; Kaspersky Internet Security 2013 can be yours for $24.95, 69 percent off the regular price; or, if you’re on a budget, Bitdefender Antivirus Plus 2013 is available for a mere $5.95, 85 percent off list.