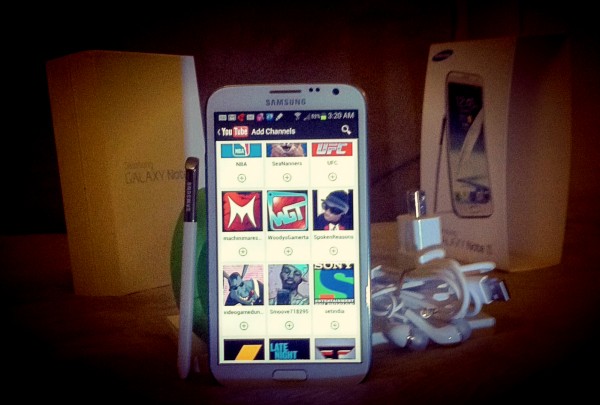 My beloved iPhone 5 recently disappeared -- lost or stolen doesn't matter. Gone is gone. Verizon ticks me off; the warranty is supposed to get me a new one for $100 deductible. But no! VZW wants me to pay full subsidized price again! So, I do what anybody would; I fire Big Red!!!

I go for cost savings and switch to T-Mobile, figuring to buy the top-of-the-line geek Android toy and sell -- or better, trade -- it. I assume the Samsung Galaxy S III is top-geek merchandise but instead T-Mo pushes me towards the Galaxy Note II. What a deal online -- $200. I immediately list it on Craigslist, looking to trade for iPhone 5. To my surprise I get multiple offers. I mean, who as a sane person would want that deal?

And now here weeks later I write this on my Samsung Galaxy Note 2 -- a phone I criticized and ridiculed for its gigantic form factor. Worse -- save me, Steve Jobs! -- I can't see myself going back to the fruit! For the record I have used other droids, but NOTHING LIKE THIS!!!!!

I just can't believe I switched!!!!

Some people know me as the vulgar, inappropriate BetaNews comment troll. I let nothing said bad about Apple go unanswered. I am biased but not stupid. Galaxy Note is so much better, and I can't deny it -- much as I really want to.

Taking into account the advancements made by Samsung and the rate at which Apple releases updates and innovations, the future looks grim in Cupertino.

When a hardcore, die-hard fanboy such as myself cannot fathom going back to iPhone, fanboys around the globe better hope that somebody at One infinite loop is paying attention. It seems as though not one of the Apple executives has ever picked up a Galaxy device; their biggest competitor. The threat at hand is not just towards Apple. Samsung is so far ahead of the other Android players that we are moments away from calling it a one-horse race.

Now my loyalty is still with Apple, however, I can no longer be loyal to iPhone. The tragedy in that box is that a smartphone is like the captain of the football team; in other words the smartphone is the MVP of the company mobile product line up. But I just cannot travel backwards in technology, at least not to this degree.

So to be specific, I would say the features or attributes that won me over are the screen, the speed and performance of the device, the improved polish in this version of Android and (surprisingly) the S Pen, which I find myself using abnormally more than expected, especially since I had labeled it a gimmick. I mean this thing can read my cursive handwriting for crying out loud! Not even I can read my own cursive sometimes!

And the final nail in the coffin for Apple, I received early yesterday morning a notice informing me that my device had an update waiting, ready to be installed. So a couple taps on the screen, a device reboot, and 10 minutes later come exciting new features.

Man, that split screen, and even triple screen is just astronomically amazing. So taking phone calls, composing emails, and replying to text messages, all while surfing the web AND watching a YouTube video?... well now, THAT is what I call multitasking!!!

So if I were asked to paraphrase, I would simply state that by all appearances, Scamsung has either acquired or raised and nurtured a talent/skill that I would refer to as "value delivered to customer". While 'ol Scammy put in overtime, behaving like a typical overachieving Asian, the fruit farm travels at the speed of light, metaphorically meaning stuck in time, maybe '08-'09, or zoned out where time (and competitors) stands still!!!"

What's an Apple fan to do but tear out his hair and cry. I love the thing I once loathed and hate myself for it.

Editor's Note: We presume Carlos isn't punking us, but... 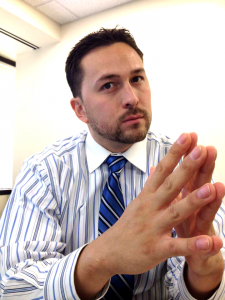 Carlos Viscarra is a programmer and network administrator and unabashed Apple fan. He is one of BetaNews' most prolific and controversial commenters.