Google takes the busywork out of managing mobile ad campaigns 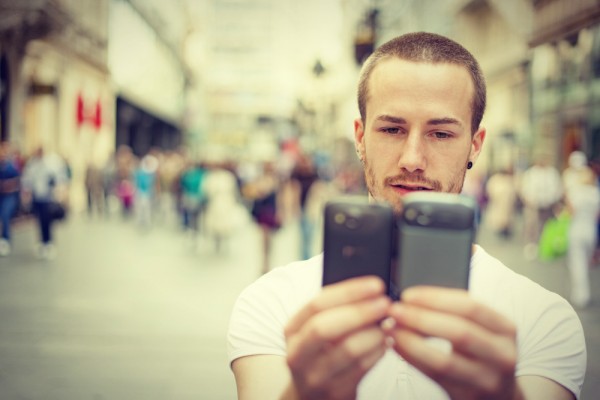 Google today announced big changes to their AdWords money making machine in a bid to dramatically increase mobile advertising adoption and the Cost-Per-Click (CPC) of mobile search ads -- by making their advanced mobile search advertising features work by default, rather than requiring tons of extra effort on the part of the advertiser to make them work, and also by changing the way mobile CPCs are set.

The changes announced today, known as “Enhanced Campaigns”, will become available to customers by the end of February and will be applied automatically to all advertisers by mid-year. In this article, I’ll explain how the coming changes will impact Google’s bottom line.

Over the last 5 years, growth in query volume from mobile phones has grown at a much faster pace than Google searches from desktop computers. The total number of daily searches on Google from mobile devices is expected to surpass daily desktop search volume by next year.

However in recent quarters, Google has had a problem with mobile CPCs -- a mobile search monetizes at roughly half the rate as a desktop search, and as a result, some have even questioned the future of Google’s advertising business model.

In a nutshell, in order for an advertiser to leverage Google’s most sophisticated mobile advertising features and strategies that are required to be successful, Google requires that advertisers do a lot of extra work, which is so complicated that it’s pretty much impossible to do. Currently, advertisers are expected to create multiple different ad campaigns -- one for every city and every possible device combination, which quickly becomes pretty difficult as there are now millions of possible combinations.

Meaning, Google subjects advertisers to something of a mobile torture test just to set up mobile ad campaigns, and as a result, the overwhelming majority of advertisers decide that it’s just not worth the hassle. At WordStream, I work with AdWords advertisers in the small-and-medium business segment; I estimate that less than 1 in 25 bother doing the work of mobile-enabling their PPC campaigns!

Google is rethinking how we deal with the multi-device world we live in, and is upgrading the decade-old PPC campaign structure so that advertisers can leverage key mobile advertising features by default, without having to create separate campaigns for every location and device combination.

For example, within your ad campaigns, you can just specify if you’d like to bid more or less for mobile clicks, rather than having to create a separate campaign. And similarly, ads are getting a lot smarter. Within a single campaign, you can have different ads for desktop and mobile and Google will make note of what device is executing the search and will correctly pick the right ad to run with. Ads and settings will be adjusted for you automatically.

So overall, the idea of Enhanced Campaigns is to take the mobile advertising features that were previously available, but almost never used because they were too hard to implement, and offer them in a much more scalable way for all Google advertisers. This allows advertisers to just focus on advertising their products rather than worrying about what device a Google search originated from.

Mobile CPCs Are Going Up

Additionally, Google will be auto-setting the inaugural mobile bid adjustment factor for all enhanced campaigns. While I don’t know exactly how that’s being calculated, I’d imagine that the default values aren’t going to be set to a value that reduces mobile CPCs on average.

In fact, last month Google CEO Larry Page was asked on an earnings call if he thought that mobile CPCs would be going up any time soon, to which he responded: “I am very, very optimistic about it...we are working to simplify our ad system for advertisers...we don’t have anything to announce today but I am very excited about our efforts there. I think that we will make rapid progress in that area”.

We now know why Larry Page was so optimistic about mobile CPCs.

Google is also making it easier for advertisers to better understand the ROI of paid search advertising by making the following changes:

What does it mean for Advertisers and Google Investors?

I think the changes make a lot of sense. Right now there are a bunch of advertisers that opt out of mobile search because they think (incorrectly) that the ROI isn’t there. In particular, small businesses aren’t too keen on exponentially increasing the number of ad campaigns in their account because that creates work for them! It’s also a bit more challenging to track the ROI of mobile search.

I believe that the ROI of mobile search is very compelling due to factors like precise location, immediacy, commercial intent, and 1-click-to-call.

It’s always been a matter of just getting the advertiser to adopt the somewhat complicated best practices in terms of campaign setup and reporting to realize these benefits. By simplifying this process, I’m confident that we’ll see an uptake in mobile advertising adoption and ROI. I think the new enhanced campaigns will be particularly helpful for SMBs that are not yet taking advantage of mobile search.

Additionally, Google has set the default auto-upgrade settings and changed the way mobile bids are set, in a way that will create significant upwards pressure on mobile CPC’s.

For a more detailed look at Enhanced Campaigns and the mobile bid adjustment factor, see my longer article at the WordStream blog. 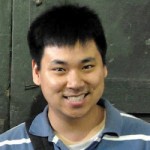 Larry Kim is the Founder/CTO of WordStream.