Get Aero back in Windows 8 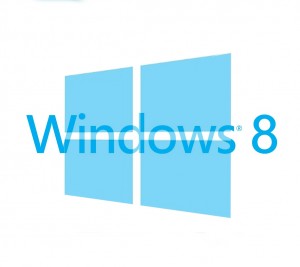 Windows 8 fans didn't take Microsoft's decision to dump the familiar Aero Glass interface lightly. Even though the software corporation has very good reasons for doing so, there are users who are willing to put up with the apparent disadvantages and want to bring the transparency back.

Microsoft is known for its stance on the matter and it is unlikely that the software giant will be persuaded to bring Aero Glass back in Windows 8 and, therefore, eat its own words about the advantages of the new interface. For this reason, and likely others as well, a developer decided to take matters into his own hands and release a hack that brings back Aero Glass into the Windows 8 Desktop Window Manager.

The developer, who goes by the userhandle bigmuscle, explains how the simply titled Aero Glass for Win8 works. He says:

"I have developed DLL library in C++ which is injected into dwm.exe process (no system files replacement is required). Then, the functions used for window border drawing are hooked with my own implementation. This ensures that anytime DWM wants to draw the window border, the code is redirected into my library where I can change the parameters of vertex buffer, blend state and other stuff. Then I redirect back to the original drawing function. Transparent window border is drawn!"

The implementation used by Aero Glass for Win8 comes with some caveats, as bigmuscle explains:

"Currently, I implemented only blur effect using Direct2D. My plan is to return glow effect to the window caption, better shadow around the windows, and, if anyone is interested, try to reimplement Flip3D functionality." 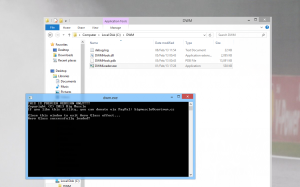 That said, the hack works and does indeed bring the transparency effects back into Windows 8. Users must extract the provided 7z file into a "DWM" folder within the root of the drive where the operating system is installed, for instance "C:\DWM", open the "DWMLoader.exe" file and validate any UAC or security software prompts.

A command prompt window will then open, informing the user that Aero Glass is now enabled. In order to go back to the default Windows 8 interface, the user only has to close the command prompt window. Keep in mind that the hack is currently labeled as a preview build and it may "feature" the occasional bug associated with the early stages of development.

19 Responses to Get Aero back in Windows 8