There is little room for a third smartphone platform 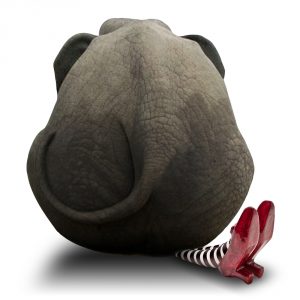 "We're No. 3!" will be BlackBerry's and Microsoft's rallying cry this year. Android and iOS so dominate the smartphone market, the best -- and quite honestly dismal -- hope is third; distant at that. Combined, based on actual phone sales, Android and iOS had 90.1 percent share during fourth quarter, up from 74.9 percent a year earlier, according to Gartner. BlackBerry and Windows Phone are neck-and-neck, with lowly 3.5 percent and 3 percent standings, respectively.

Upstarts want third place, too. Anshul Gupta, Gartner principal research analyst, explains: "2013 will be the year of the rise of the third ecosystem as the battle between the new BlackBerry10 and Widows Phone intensifies. As carriers and vendors feel the pressure of the strong Android’s growth, alternative operating systems such as Tizen, Firefox, Ubuntu and Jolla will try and carve out an opportunity by positioning themselves as profitable alternatives".

Looked at differently, BlackBerry and Windows Phone combined-share was less in fourth quarter (6.5 percent) than a year earlier (10.6 percent). That said, while starting from a small base, Microsoft's platform shows promise, with sales up 124.2 percent year over year.

It's a free-for-all. "There is no manufacturer that can firmly lay claim to the No. 3 spot in global smartphone sales", Gupta says. "The success of Apple and Samsung is based on the strength of their brands as much as their actual products. Their direct competitors, including those with comparable products, struggle to achieve the same brand appreciation among consumers, who, in a tough economic environment, go for cheaper products over brand".

Samsung and Apple smartphone unit sales rose by 85.3 percent and 22.6 percent, respectively. The fruit-logo company accounts for all iOS, "with Samsung commanding over 42.5 percent of the Android market globally", Gupta says, "and the next vendor at just 6 percent share. The Android brand is being overshadowed by Samsung's brand with the Galaxy name nearly a synonym for Android phones in consumers' mind share".

Samsung's success is mixed for Android as a platform. The South Korean company, and not Google, largely controls customers' experience via TouchWiz UI and other features. That can further fragment Android. On the other hand, consumers generally identify with uber-brands, like Samsung or Galaxy S III rather than Android 4.2. 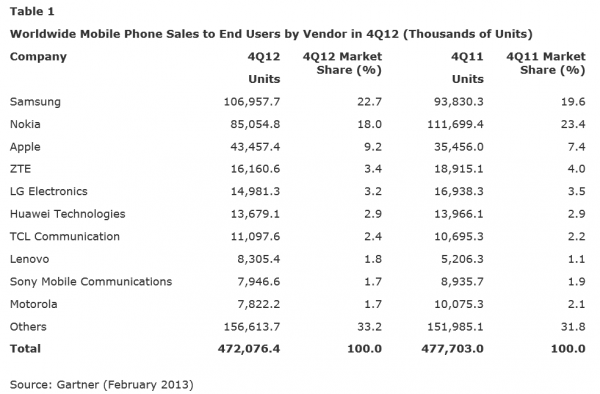 Unlike most other analyst firms, Gartner measures actual sales to end users, not shipments into the channel. So there is no room for Apple apologists to argue about some disparity between the phone maker's stated sales and those from others. Like competitors, Apple calls shipments sales. The company reported 47.8 million in Q4. Gartner says actual sales were 43.6 million, or 4.2 million less than the number the company gave last month. So while iPhone 5 still had a big launch quarter, sales missed analyst consensus (50 million) by wider margin. 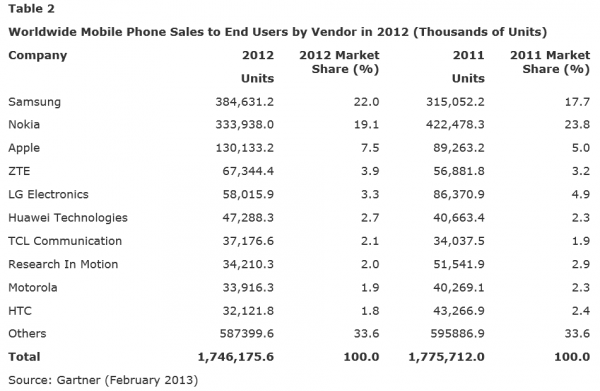