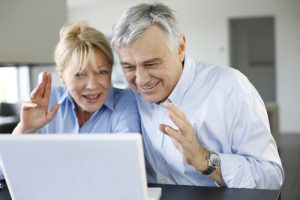 Microsoft announced last year that it would be killing off its Windows Live Messenger service -- part of a complete overhaul of the Live suite that also included the recent death of my beloved Live Mesh. We also knew that the cause of death for Messenger would be ruled "purchase of Skype". Now, today, all of this has become just a bit clearer.

Microsoft's Parri Munsell has elaborated on a few details -- the biggest one being that "the upgrade from Messenger to Skype on Windows desktop will start on April 8". The statement comes with an asterisk though and that caveat reads "with the exception of mainland China where Messenger will continue to be available".

The process will not be instantaneous. In fact, Microsoft claims it will be rather gradual and take a few weeks to complete. The "upgrade" will begin with the English version of the cloud-based communication service and then roll out to other languages, finishing up with Brazilian Portuguese sometime around the end of April or perhaps early in May. 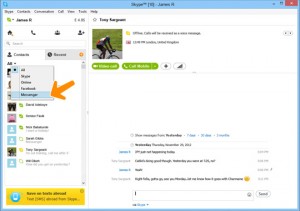 Customers are already able to log into Skype using a Microsoft account (again, a former Live platform) and those who have installed the latest Essentials suite have already been stripped of Messenger and the Live Mesh service. This is just the final bit of the process being set into motion.

If you are not happy with these developments then Microsoft likely will not care enough to change its mind, but the company still "welcomes" your opinions according to Munsell -- "We would love to hear your feedback–select the “Give Feedback” link in the Skype Help menu to tell us what you think".

4 Responses to Skype officially announces it's engaged to Messenger