PlayStation 4 comes to stores this year 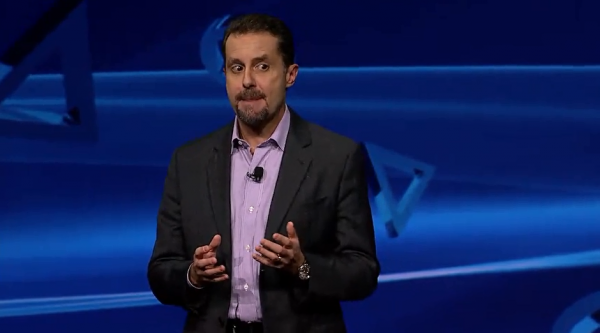 This evening, Sony captured geekdom for two hours, during a live event announcing PlayStation 4. If you're not prostrate on the floor crying like a baby, desperate to get the console now, you must have missed the stream -- or perhaps you're holding out for E3 in a few months and the promise of Xbox 720.

PS4 will go on sale this year -- that's right, holiday 2013. So Microsoft better get its shtick together and have Xbox in stores, too. Consumers will make some hard choices this year about gaming platforms. Whichever, or both, console gaming is going to be a whole lot more exciting come Black Friday.

Sony didn't exactly break out the specs, but expect PC in a console, so to speak -- x86 processor, PC graphics chip and 8GB of GDDR5 RAM. (Excuse me while I wipe the drool, and from so little information.) The platform splits up tasks such that downloads are handled separately from gameplay. Benefit: Begin playing while a game downloads, something movie watchers get from many streaming services. Now Games, too.

Recognizing how much tablets, and even smartphones, are used as second screens on the couch, Sony plans to support them -- and also PlayStation Vita -- for gameplay.

PS4 comes with the new Dual Shock 4 controller, which features a touchpad and share button, which got big attention tonight. Sony is suddenly serious about social gaming and wants everyone to know it. Gamers will be able to share screenshots and video clips, which includes making personal game trailers and sharing with friends. Facebook and USTREAM are among the supported social services.

Friends also can join live-streamed games and even take control of them. That's a great cloud benefit and good for driving game sales. What better recommendation than playing with someone you know before buying.

Rumors dogged Microsoft early this month about locked-down games. Don't expect much better from Sony, which owning a movie studio has a long tradition of tight rights management. I see the streaming in this vein, presuming based on what little Sony shared today that the approach will make sharing (other than authorized Sony streaming) or reselling games nearly impossible. The concept of tying digital content to a single account isn't new, but this feels pretty locked down to me, while granted, providing clear user benefits.

Like PS3 at launch, the new console is not backward-compatible with existing games. As a user, I take that as a "screw you approach" -- Sony wanting to sell more stuff and help early-supporting game developers to do likewise. Game streaming is given as reason, and Sony suggests PS1, PS2 and PS3 streaming might come in the future. Oh yeah? For the games I already own?

PlayStation 3 launched in 2006, about a year after Xbox 360. Microsoft has had more success by the numbers, lifted in part by services, such as Xbox Live. That has long baffled me, seeing as Sony is a media company, too, with rich entertainment assets. Then again, Sony divisions are known for not always working well together. PlayStation 4, while primarily a game console, will be much more an entertainment platform than its predecessor. Microsoft will similarly reposition Xbox, as I explained last week.

24 Responses to PlayStation 4 comes to stores this year