NUI can save Microsoft 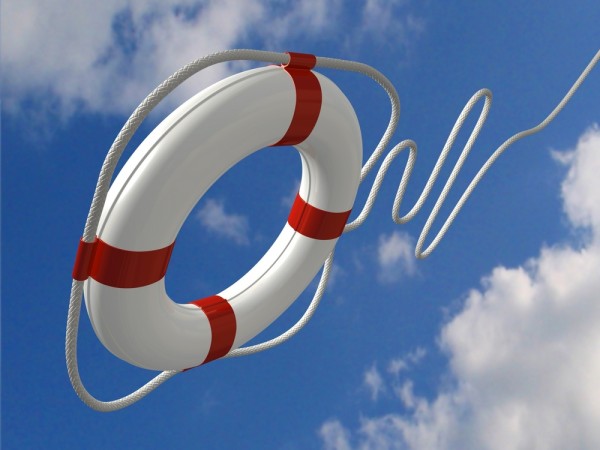 I don’t know about you but as a lover of technology and the world around it, I find these times to be quite compelling. Apple, Google, Amazon and Microsoft (the big four) are setting the stage for an epic battle for tech dominance. The many articles and blog posts calling Microsoft dead in the water are way too premature. We are way too early in this new world of mobile computing to call Microsoft out of this game.

However, I will say this: If any of the four previously mentioned companies are in the most danger of failing at the consumer market, it’s Microsoft. The company better figure out how to get things together and quickly as time is not on the leadership's side and their competition is hitting on all cylinders.

Whatever you think about the Windows 8 devices (including phones and Surface RT/Pro), the bottom line is that they represent a transition to the future Microsoft. They offer a peek into what will become the New Microsoft. Are there remnants of the “old way” still around? Of course. There are myriads of examples but let’s look at two:

1. The slow pace at which Windows 8 apps like Mail, Calendar, and the Xbox Music service are fixed is mind boggling. It’s unacceptable. These apps are barely usable, and the fact that they are apps implies they can be updated on a much quicker pace. I’m not talking about performance and bug fixes. I’m talking about features.

Xbox Music is probably the biggest failure of them all. Microsoft deserves a class action suit for how it bungled this mess. The company advertises features that barely work. Customers are left hanging on support sites with no answer to legitimate issues they are experiencing with this pooch screw of a music service. Spotify has its issues, but at least the service does what it is advertised to do.

2. Windows Phone early adopters are treated worse than slaves on a plantation. So Microsoft announces an upgrade for early adopters called Windows Phone 7.8 and then proceeds not to say anything else about it for months. They also announced a special program where fans of the phone can get early access to updates. Nothing else has been said about this either. Way to treat your fans/early adopters Microsoft!

Despite these issues, Windows 8 and its supporting services (SkyDrive, Bing, Skype etc.) all represent the solid foundation that Microsoft needs to leverage in order to get the attention of consumers, because let’s face it, right now, Microsoft is not really at the forefront of the consumer mindset.

To compete as a complete ecosystem and player, the company needs to have a way for customers to work/play wherever and whenever across all device types. SkyDrive, Office, and Skype allow us to work whenever and wherever on PC, tablet, phone and TV. SkyDrive, Xbox Music/Video and Xbox Live allows us to play whenever and wherever. Admittedly the “play” aspect of Microsoft's current ecosystem needs work but at least the foundation is in place.

Microsoft really is the underdog of the big four, and I love rooting for the underdog. So how can this underdog claim its rightful place among the big four and secure its position for the future of mobile computing? I have a few ideas.

Natural user interfaces is an area that Microsoft has invested heavily over the past several years. The company has teased us with all sorts of amazing videos from its research division. However, what have we seen so far? Kinect. Great start, but not enough to increase consumer adoption across its consumer product portfolio. So what can they do beyond Kinect?

1. Expand Kinect to other platforms. I use Kinect on Xbox regularly. I mostly use the voice controls, because I am always losing my piece-of-crap Xbox media remote, and it’s just a lot faster to navigate the interface this way rather than click on a remote. Providing the ability to use the proper or more natural input device based on the moment is what makes regular consumers like myself feel at ease; instead of having to adjust to the device, it adjusts to me.

Kinect is a powerful technology, and when Microsoft released it on the Xbox -- I believe strongly (and I could be wrong here) -- the controller is the one thing that catapulted the consold to the #1 spot here in the United Stated. If Microsoft can leverage this technology across other devices/platforms like Windows, Windows Phone and Surface, it will differentiate its products from others in the mobile space and get consumer attention as well.

Bill Gates has already said that Microsoft platforms will support multiple input types (read keyboard, mouse, touch, voice and camera-based gestures) but we don’t know when. Perhaps this is the killer feature of the “Blue” wave of updates.

2. Get TellMe to the masses. We’ve seen the videos of the TellMe service using natural language, a la Siri and Google Now. So we know that whenever Microsoft finally gets off its rear-end and releases something similar we can’t say it's just copying competitors. But then again, in this Apple-obsessed tech culture, we all know what will definitely happen. Releasing an upgraded TellMe service that simply returns movies, weather and traffic info is not enough.

This is no different than what’s currently on the market today. Microsoft needs to go much further and release a product that allows a user to navigate an entire computing interface. For example, a user should be able to control an entire phone by voice by saying, “Show me my text messages from Brian Rains” or “Take me to Williams Sonoma dot com and show me their latest cookware”.

Perhaps I could even tell my Windows Phone to cue up Hulu Plus at 4:15 p.m. so that when I get home, it’s already up and running on my Xbox. Maybe I’m living in a pipe dream, but this would certainly differentiate an upgraded TellMe service.

3. Bring NUI to the web. I don’t see why not. Microsoft is already heavily committed to advancing web technologies like CSS and HTML5. Microsoft has a major in by recommending new HTML specs that leverage voice and camera-based gestures. Web development in large part is not taking place on Microsoft platforms, and one way the company can win over web developers is by creating new technology that’s easy to integrate into our existing solutions and is open source. As someone who works on web-based business applications, the ability to create interfaces that allow users to use whatever input method they want would be a huge win.

In the same way that this technology reinvigorated the Xbox, I believe NUI can reinvigorate Microsoft’s other platforms as well. It seems to be the one technology that the others in the big four are working on but don’t appear to be all that serious about right now.

Google’s approach seems to be about besting Apple. While Siri is an interesting product, it’s hard to tell where Apple wants to take it. It seems way too gimmicky right now while Google Now actually feels useful. But none of these approaches are as pervasive as what is needed to really take computing to the next level.

How important is NUI to Microsoft’s future? I think it is one of the most important technologies the company could ever invest in. But what do you think? Is NUI Microsoft’s Trojan Horse or is it something else?

17 Responses to NUI can save Microsoft