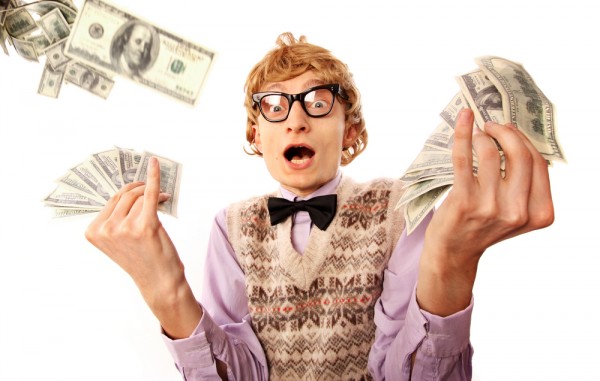 What's that ditty about the kid so nasty that when ransomed the kidnappers end up paying the parents to take him back? That kind of describes Microsoft's platform problem -- paying developers $100 per app submitted and accepted for either the Windows 8 or Windows Phone 8 store. Surely Apple and Google don't need to take such a rash approach.

You think I'm going to rake Microsoft, right? Not in the least. This is exactly what the company should do -- jumpstart the ecosystem. With smartphones and tablets choking the life out of PC sales, Android and iOS huge stores of applications, Windows Phone's tiny global market share and Windows 8 marking a major desktop architectural transition, Microsoft must do something. This short-term program is sensible and appropriately timed.

Microsoft calls the promotion "Keep the Cash". I only learned about it today, but must assume the program is weeks old given timeframe: March 8 to June 30. "You can get a $100 virtual Visa card for every qualified app you enter (up to $2000)", according to the program's terms. Developers publish apps to either the desktop or mobile OS store. Up to 10 for each, but only 10 per developer ID.

The goal is to get new apps, which explains restrictions: "The app may not be a modification, rework, redesign or other change to an existing and previously published app. Apps submitted with the same code base or clones are not eligible. Apps that have been previously published to the Windows Store and/or Windows Phone Store do not qualify as a new app for purposes of this published offer".

Procrastinators, don't wait to collect: "The Virtual Visa must be activated within 30 days of receiving the email activation code, will expire 6 months after issuance and can only be used online".

Seriously, this is a great promotion -- that is for anyone thinking a $100 Virtual Visa is suitable compensation ahead of any direct proceeds from the app. I haven't looked but can imagine some of the snickering rancorous blog posts from the Android or Apple fan camps. Frak them.

Every Friday, my colleague Martin Brinkmann writes "Best Windows 8 apps this week". Since Christmas, the U.S. Windows Store has grown from 22,876 to 32,552 apps, he reports. Growth is good but pales before the many hundreds thousands more available from Apple's App Store or Google Play. Staunch Microsoft defenders will say you can't compare Windows apps to those for the other operating systems. Oh but you can and should.

Many of the important apps are the same for all the platforms. Meanwhile, Modern UI offers a touch-oriented Windows 8 motif that competes with Android and iOS, on tablets if nowhere else. Then there's change in distribution model, particularly Windows RT, where developers must distribute their goods through Microsoft's store.

When you're behind, you swallow your pride and do what's necessary to get ahead. The playing field isn't level, so Microsoft changes the rules. The tactic is especially important for Windows Phone 8, where Microsoft provides critical apps like Facebook and Google is nearly persona non grata -- by deliberate choice. When Facebook won't develop for you...

Microsoft's mobile OS is in a pickle, and sour one at that. PU! Global smartphone sales share was a puny 3 percent in fourth quarter, according to Gartner. By comparison Android was 69.7 percent and iOS 20.9 percent.

Thing is: What the company needs is more of the right apps, not just more of them. I say: Better to pay big bucks to get critical apps rather than not have them at all. But do something better than Virtual Visa.