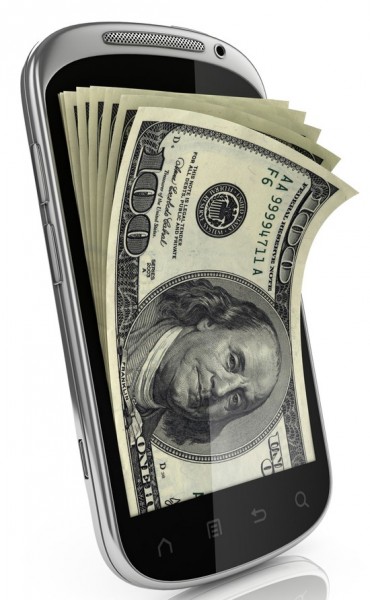 Late last night, after sitting stunned before T-Mobile USA's website, I hauled down to the local corporate store to confirm the new Simple Choice plan would really save so much in monthly fees. I was more surprised the shop wasn't overrun by people rushing to take advantage of the new rates.

I still can't believe them. Simple Choice? I am simply stunned. My last phone bill with AT&T, after tax and fees, was about $295 for Mobile Share plan with 10GB data. I tried to reduce to 4GB shared, but an AT&T rep said the bill would be the same ($270 before tax and fees). WTH? At T-Mobile I added three lines with unlimited talk, text and web for $120. I won't move the other two lines until iPhone 5 comes to T-Mobile on April 12. That will add another $70 to the monthly fee, which should work out to about $90 less than AT&T soaks me for now, perhaps more.

T-Mobile introduced the new rate plans on Sunday but gave them the big kick-off today during the "Un-carrier" event also announcing iPhone's imminent arrival. Under the new guise, subsidized phones are no more, while calling and data plans are surprisingly simplified and affordable. Under the scheme we're all used to, AT&T sells you iPhone 5 for $199 but pays Apple $649. To the buyer, the real price is hidden -- it's a fiction. For his or her pretend price, AT&T demands 24-month contractual commitment. When the time period is over, monthly fees stay the same.

Simple Choice is different. There is no contract or subsidy. Consumers pay full price for the phone, which can be spread out, after $99.99 down payment, interest-free for 24 months. For iPhone 5 that's $20 a month or $18 for BlackBerry Z10. When the subscriber finishes paying off the phone, the monthly fee goes down, simply to the regular service fees. For someone bringing his or her own unlocked devices, T-Mobile really heaps on the savings compared to rivals.

The pricing works like this: The first phone is $50 a month for unlimited text, talk and web. The first 500MB data is high-speed, and throttled thereafter. The second line is $30 and $10 for each after, up to five total. Upgrade to 2GB of data is another $10 per line a month and unlimited for 20 bucks. Update: As commenter extremely_well rightly observes, T-Mobile calls the 2GB plan 2.5, which includes tethering. Unlimited does not, by the way.

No matter how I slice the numbers, AT&T costs considerably more per month. For my family. Your mileage may vary. If I bought five phones, my T-Mobile bill would be higher.

Some of my AT&T lines are still under contract and subject to early-termination fees, which are discounted based on the amount of time left on the 24 months. By selling the iPhones my daughter and father-in-law will surrender and comparing my current monthly fees versus the reduced ones, I should be ahead after two months, despite ETFs. Possibly three. AT&T prorating and paying a month ahead makes exact calculations tricky.

When the iPhones are paid off, assuming we don't change any phones meanwhile (whom am I kidding), the bill would go down $40 per month, or to just $150.