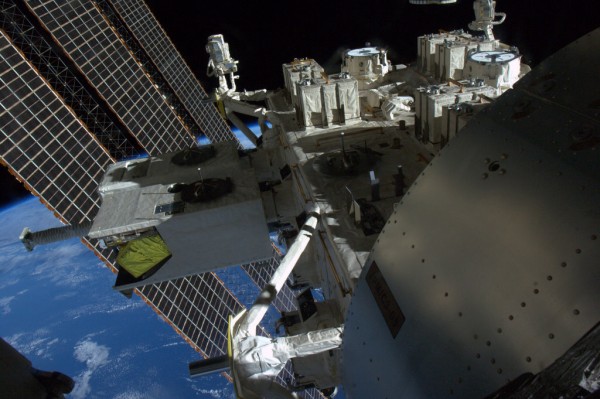 Some critics (and, oh, there are many) claim Windows 8 is out of this world -- or not meant for it. That Microsoft reached for the stars but fell to earth. How right they may be. The operating system won't achieve escape velocity anytime soon, and an older version is about to burn up on reentry.

The International Space Station, better known as the ISS, runs on Windows, but that is changing. Launched in 1998, the orbiting home, which circles the earth at an altitude of just over 400 kilometers (it varies), is home to a team of astronauts who depend on, not only supplies from home, but also a computer system that keeps everything running smoothly. That computer system is moving to Linux.

This consists of a network of laptops, which provide the ISS crew with all of the vital capabilities needed for day-to-day operations; telling the astronauts where they are, managing inventory of the equipment used and even interfacing with the cameras that capture the photos and videos we all ogle at on the internet.

Linux Foundation says that Keith Chuvala of United Space Alliance, who is tasked with maintaining all of this computer technology, is responsible for the change.

"We migrated key functions from Windows to Linux because we needed an operating system that was stable and reliable – one that would give us in-house control. So if we needed to patch, adjust or adapt, we could", Chuvala says. That has to sting Microsoft just a bit.

Chuvala and his team are utilizing the training offered by the Linux Foundation to get up to speed developing applications in Linux and responded by developing two courses geared specifically towards the USA/NASA team’s needs. The organization claims "both training sessions were adapted to provide tailored instruction for the diverse group".

The next challenge set -- Robonaut (R2) is headed for the ISS. Running on Linux, the robot can be manipulated by onboard astronauts with ground controllers commanding it into position and performing operations.

Oh, and remember those Voyager space crafts? The computer NASA maintains to control them has a master clock that runs at 4 MHz but the CPU’s clock runs at only 250 KHz. At least the ISS does not have that to contend with.