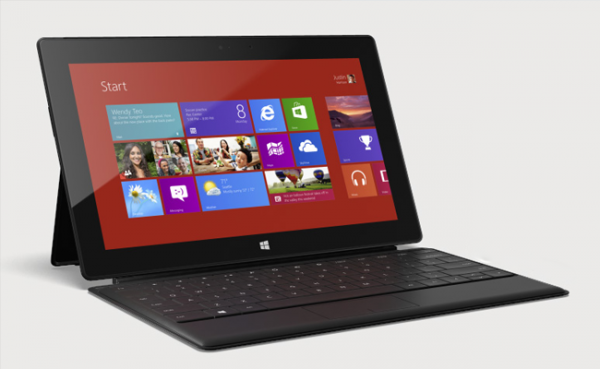 This is how you sell a tablet. Tuesday evening of May 14, Microsoft debuted a new commercial for the Surface RT that finally explained the benefits of the tablet. No dancers. No super cool music. Just Microsoft talking about why the Surface RT is the next device you should own. The company emphasized the included USB port, kickstand, keyboard, and the single biggest sell of Surface RT, the included Office 2013 install. It sold the Surface as the power of a computer in the package of a tablet.

Is this not precisely what I called on Microsoft to do in my previous article about those odd (but awesome) Windows 8 ads? In that article I told the story about a guy who was working in a coffee shop on his Surface when someone walked up to him and said, “Is that the tablet that clicks?” He recognized the product from the commercials, but seemed to be unaware of anything other than its clicking. I wrote,

This situation underscores the reality that people just aren’t aware of what the Surface actually is and how much more it is than just a tablet. If Microsoft can get this message out by focusing on features against competitor devices like the iPad, people will continue to be confused.

This commercial will easily solve the problem that consumers have of trying to understand the value of the Surface. I have not seen the commercial since, so it was probably just a trial run by Microsoft just to test the waters. I for one am impressed and Microsoft definitely needs to create more of these commercials for the Surface Pro as well as Windows 8 in general.

I tried finding this commercial on YouTube but was not successful. If you find it, let me know and I can update this post.

Have you seen this commercial? Do you think it properly sells the advantages of the Surface RT?

Update: And here it is.