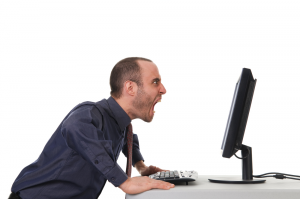 The Google Reader shutdown looms large on our horizon, and it seems no last minute reprieve from the governor will be coming before that switch is thrown. Many choose to stick with the service until the bitter end -- and it will be bitter at that point, trust me. So, where to go? That is the question.

The most likely landing spot seems to be Feedly. Do not do it. I went there -- I feel as if I should say that I took a bullet for all of you! It was not horrible at first. Not perfect, but the Readly user script made it more palatable. There are also themes that present an effort at making it look better -- if you consider changing colors an improvement. Personally, I prefer functional changes an improvement. But hey, that is just me.

I do not require much -- I want my feeds in alphabetical order, as I do not wish to go searching for something I saw in a particular place earlier. This was removed from options in a recent update. Then things took a further slide downhill this morning.

Going From Bad to Worse

Aside from the aforementioned removal of a feature, what more could go wrong? I am glad you asked that, because those problems were announced yesterday and instituted today. Oh yes, we knew it was coming, but had no way to stave off the onslaught.

Feedly rolls out its new cloud backend, making its official departure from Google Reader backend complete. That is great, and a move that must be made. What could be the trouble there?

Not a lot, but the one thing that is a problem is major -- I went from 100 unread items to more than 5,000. Do not get me wrong, as the company announced yesterday that this would occur. "One part we did not migrate from google reader is your history (too much data) so you have to expect that you are starting from a blank history and your unread counts will be reset. This is a one time issue".

Time to  Move On

I gave Feedly a fare shake. I get the problems of migrating data. I do not begrudge them this, but updates that take away features are what I wish to hold against them. It happens, and I get that, but the removal of alphabetical sorting makes the app useless. So to does the new addition of skipping to the next feed when I click 'mark as read', despite me not clicking, or even seeing, the feed name in the left column -- it could be anywhere because, after all, there is no sorting going on here!

As I said, I gave this every chance. I did my best to get by. Some may love all of this, but I can not abide by these rules. I have moved on, as of this morning, with CommaFeed. It is not perfect, but so far it is less from imperfect than Feedly! I assumed the service wanted my business, but it seems it does not.