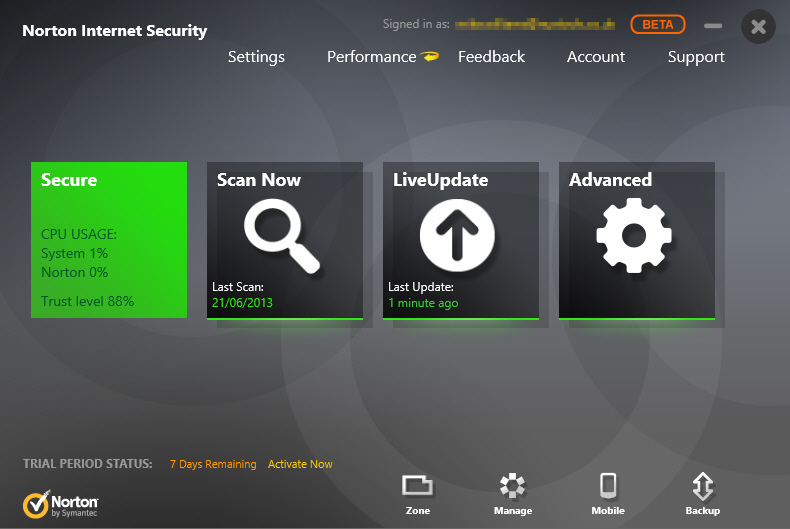 As we write the company hasn’t provided any information on new features. A first look shows the core interface remains almost entirely unchanged, though -- with the exception of a revamped and extended Identity Safe -- so if you’re already familiar with the previous editions then navigating the new builds should be straightforward.

Our first (very brief) tests with the betas suggest they’re reasonably stable, and able to carry out basic functions without problems.

However, there are also some areas which aren’t yet available at all. Go browsing Identity Safe’s Settings, for instance, and you’ll find largely blank dialogs with messages like "Security settings here".

As usual, the betas shouldn’t be run alongside or installed over a previous edition of the same program. The setup program should recognize this and prompt you accordingly, but don’t take the risk: uninstall your current build first.

You’ll need to complete a beta registration form before you can download any of the betas, which is mostly just a matter of providing your country and email address. The activation code is then sent to that address, and this will allow you to run the program for up to 14 days (you can download a new build and activate that to repeat the process).

And if you’re particularly interested in Norton 360, then it’s probably worth noting that Symantec are offering 50 percent off the final version just for trying out the beta. Simply make sure you provide a working email in the registration form, and the company says "you will receive an e-mail with this offer, close to the official product release date".