Childish names are becoming a real problem for Linux 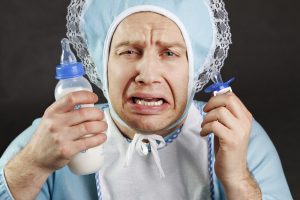 Linux creator Linus Torvalds is an interesting fellow. He is notorious for speaking his mind, demeaning developers and using profanity -- behavior which is appreciated by some members of the Linux community. On July 14, the RC-1 of Linux Kernel 3.11 was announced. Continuing his quirky behavior, Mr. Torvalds has named it "Linux for Workgroups".

While some may view this as a fun, tongue-in-cheek spoof of Windows for Workgroups 3.11, I find it to be childish and damaging to the overall Linux cause. Silly names are becoming a real problem for the Linux community. Below are some examples.

Last year, Red Hat became the first billion dollar open-source company; proving that Linux can be successful. It was a great moment in the history of the operating system. Unfortunately, that milestone will be for naught if the Linux community is perceived as childish.

These silly names are customer facing and may be seen as amateur -- "Linux for Workgroups" only further exacerbates the problem. While the Linux community overall is very evangelical in its quest to gain market share and acceptance of Linux, these jokey names only hurt that cause. Corporations are not looking for quirky and silly behavior when investing in the Linux platform for their businesses.

While Linus Torvalds has been a great Linux ambassador thus far, it may be time for him to shape up or ship out as the face of the community. True leadership starts at the top and he needs to set a better example if he wants Linux to go to the next level. Mr. Torvalds needs to leave the fun and the quirkiness to the users and be the mature leader that the Linux community so desperately needs.