Advice 5 cents: The role of mentoring in Silicon Valley 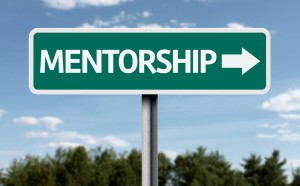 This past weekend I was invited to spend an hour talking about Silicon Valley business with a group of MBA students from Russia. They were on a junket to Palo Alto from the Moscow School of Management Skolkovo. I did my thing, insulting as many people and companies as possible, the students listened politely, and at the end there were a few questions, though not nearly as many as I had hoped for.

If you've ever heard one of my presentations the most fun tends to take place during the Q&A. That's because I can't know in advance what a group really cares about but in the Q&A they can tell me and sometimes we learn a thing or two. One question really surprised me and inspired this column: "In Silicon Valley," the MBA student asked, "it seems that mentoring is an important part of learning business and getting ahead, yet mentoring is unknown in Russia. How does it work when there is no obvious reward for the mentor? Why do people do it?"

I suspect that this question says far more about Russian business culture than it says about the US, because mentoring is alive and well in places like China and Japan. A lack of mentoring, if true, probably puts Russia at a disadvantage. Disadvantaged and, frankly, clueless.

I have had mentors and I have been a mentor in turn and however squishy there usually is a quid pro quo for the mentor. Maybe he or she is flattered by the attention. Maybe they are just paying it forward. But I'm pretty sure the Russian MBA student was wrong and this mentoring business has a reward structure, just not a standardized or very rich one.

I asked a couple of friends about their mentoring experiences. Avram Miller, who co-founded Intel Capital and is arguably the father of home broadband had this to say:

"I would not have been successful in my career had not a number of people (they were all men) helped me develop my skills and opened doors for me. They were all older than I was. Maybe it was some extension of parenting for them. I in return have done the same for many younger people. I also try to help my friends but in that case, we call it friendship. The most important thing about being a mentor is the sense of impact and accomplishment. I have and do mentor women as well. I don't think there is anything special about high tech and mentoring. Also some great managers were not great mentors".

Richard Miller (no relation to Avram) took a different view. Richard is English and came to the USA as VP of R&D at Atari, reporting to Jack Tramiel, whom I have a hard time thinking of as a mentor, but what do I know? Richard designed the Atari Jaguar game console and many other systems since including leading the team at PortalPlayer (now nVIDIA) that designed the Tegra mobile processors:

"I doubt many business professionals think of themselves as mentors except in some kind of ego-bloated hindsight way," said Richard, I guess handling that inevitable Jack Tramiel question. "They may be good mentors since the methods of mentoring are effective in achieving their goals, but it is rare for a business leader to devote any thought or time on the subject in my experience. In the business space, the act of mentoring is in reality something that the mentee (is that a word?) creates through his or her own study. The most effective learning tool in that environment is access. In the technical fields mentoring is very important and in good companies it is structured, in more of a professor-postgrad kind of setup. I'm sure you'll find this happening at Intel, Google etc. I see it a lot both here and in Asia (China, Japan, India)".

Though I hadn't thought of this before, Richard is probably correct that the effects of mentoring are largely guided by the questions of the student and that person's willingness to learn from the answers. And, thinking further, I can see that in my own career where there are people with whom I've spent only a few hours that have, through their insights, changed my life. Or maybe, in Richard's view, it was through my willingness to ask the right questions and absorb the insights that this happened.

What do you think? Has mentoring had a positive role in your life and career?