Both basement nerds and major corporations contribute to the Linux kernel 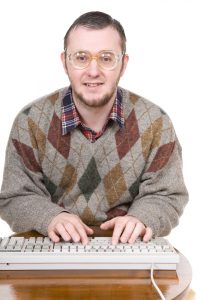 When it comes to Linux, people tend to picture pale nerds in a basement coding away; which is only partly true. You see, in addition to those independent basement nerds, major companies such as Google and Samsung are also involved. The Linux foundation periodically publishes a report on who contributes to the Linux kernel. Today, the foundation releases the newest report titled "Linux Kernel Development: How Fast It is Going, Who is Doing It, What They Are Doing and Who is Sponsoring It."

According to the report, "The Linux kernel is one of the largest and most successful open source projects that has ever come about. The huge rate of change and number of individual contributors show that it has a vibrant and active community, constantly causing the evolution of the kernel in response to number of different environments it is used in. This rate of change continues to increase, as does the number of developers and companies involved in the process; thus far, the development process has proved that it is able to scale up to higher speeds without trouble".

In other words, we have approximately two years' worth of data. The report highlights the following details:

Below are the top 10 contributors to the kernel. According to the report, "the category 'none' represents developers who are known to be doing this work on their own, with no financial contribution happening from any company...there are a number of developers for whom we were unable to determine a corporate affiliation; those are grouped under 'unknown' in the table below".

Heavy contributions from major companies cements Linux's overall growth and maturation. However, contributions from the independent volunteer community members are continuing to thrive too. This delicate balance is important for Linus Torvald's project overall. Too much corporate involvement harms the integrity of the community aspect while too little harms growth.