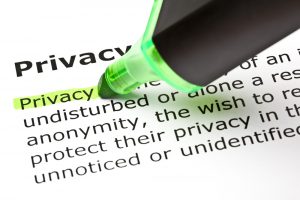 Just about every company with an online presence is getting into the sharing game. It's something we’ve already seen from other companies. Facebook has already shared information about the data requests it has received from governments, and LinkedIn, Microsoft and Google all want to be able to tell us more. Now Microsoft is sharing what it can about the requests for information it has received from law enforcement agencies around the world.

The company's second Law Enforcement Requests Report covers the first six months of 2013 and reveals the requests received for data about users of all of Microsoft's online services. There is no particularly detailed breakdown of the figures, but they do include requests made for information about Skype. Despite collating figures for all Microsoft services, it looks as though the number of requests is in line with the figures from last year. In the first six months of 2013, Microsoft received a total of 37,196 requests relating to 66,539 accounts. This compares to 75,378 requests impacting 137,424 accounts throughout the whole of 2012.

These do seem to be very small numbers, and Microsoft says that fewer than 0.01 percent of accounts were affected. And it looks as though very little data has actually been released. In around 21 percent of cases, no data whatsoever was handed over, and in 77 percent the information that was handed to law enforcement agencies was "non-content data". Microsoft goes as far as revealing just what it meant by this term, explaining which details it encompasses.

In addition to the username associated with a Microsoft account, "non-content data" also includes a Personal User ID which is a unique code associated with each account. Microsoft also hands over details of the IP address used to create the account, the IP address last used to access it, name and limited address details. This differs to "content data" which could include the files stored on SkyDrive or the content of emails.

As we have become used to, the figures do not include requests that come from national security agencies, but the company would like to be able to share more. One interesting section reveals that Microsoft has disclosed information believed "necessary to prevent an emergency involving danger of death or serious physical injury to a person". In the first six months of 2013, Microsoft received 346 requests relating to "imminent emergencies" and "content data" was released in almost a third of those cases (32.4 percent).

Browse through figures at the Law Enforcement Requests Report page.