5 reasons not to root Android 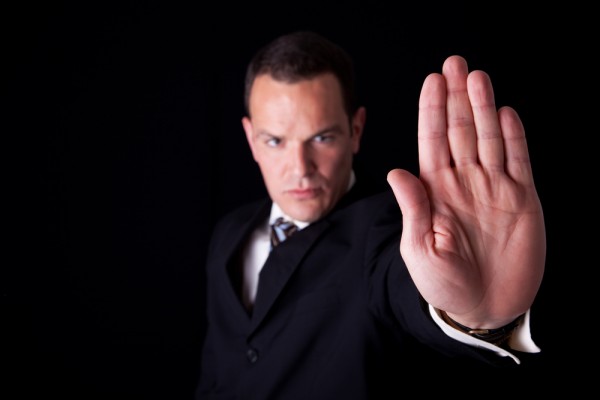 Android is well known for its seemingly never-ending customization options and its permissive rooting credentials (well, among other things). Distributions that cannot be modified to enable elevated permissions are quite rare, as enthusiasts seek to have virtually every possible feature available at their disposal. But should you pursue that path? Does root provide what you need, or what you think you need?

There are a couple of good reasons why you probably should root Android. I've explained them in a past article. But, on the other hand, root is not for everyone, as the risks can far outweigh the benefits and you are likely to regret your decision once things get messy (and they can get messy). So here is why you should not do it.

In layman's terms, rooting a distribution is practically achieved by exploiting a security flaw and installing an application (like SuperSU) to manage requests for elevated permissions (that are enabled once the security flaw is exploited).

Theoretically, this means that the distribution is more secure because there is one less security concern to deal with and because users have an app that lets them know when another app wants to use elevated permissions. However, it's a double-edged sword that's more dangerous than you think.

In reality, novice Android users are likely to get inundated with a bunch of requests and they end up accepting them all, as the reasons for the requests are not exactly easy to understand and folks just want their software to work. You should definitely not fall into the same trap, if you are not familiar with elevated Android permissions. Here's what could happen.

Mishandling root access is a major security issue, as it practically opens the door to unwanted access, data leaks and theft, hardware failure and so on, if the developer has malicious intent. It is also worth noting that root is especially a security risk in corporate environments, where dealing with sensitive data is involved.

To top it all off, CyanogenMod founder Steve Kondik, the man behind one of the most popular custom Android distributions, believes that rooting Android 4.3 "might severely compromise the security of the system". The third Jelly Bean iteration, and likely its successors too, is slowly moving Android in the no-root-allowed direction.

2. Say Good-Bye to the Warranty

As we all know, manufacturers are not keen on honoring warranty claims for devices modified by their customers. That includes both hardware and software alterations, the latter of which includes root. Except for a few companies (Google with its Nexus lineup springs to mind), most Android makers will void the warranty on your device, if it has been rooted.

To make matters worse, Android makers also go to great lengths to know whether your device has been rooted and prevent you from hiding it, if it was. Samsung's latest bootoaders for the Galaxy S4 make it impossible to reset that information, at least momentarily. Considering that good smartphones are not cheap, it's wise to take this into consideration.

3. Android Is Better (And So Are the Devices)

The reasons for rooting Android are becoming less in number compared to the days of old when the operating system was still in its infancy. There are very few things that you can't do now with stock Android distributions. You can even perform backups nowadays without needing to use elevated permissions (Helium is a good example of this), which is something that was unheard of a year or two ago.

Similarly, there is no need to root Android to extract every bit of performance out of your device (assuming it's not an old one), because most new devices that are sold today are plenty fast to begin with. The advancements in mobile processors have made it possible to run any Android distribution (even heavily-customized ones) without any hiccups. Overclocking is definitely not as important for boosting performance as it once was, when there are highly-clocked quad-core processors with at least 2 GB of RAM around.

4. Can Cause Update Issues

There are two main issues related to rooting Android and performing updates. First, after applying the update the root will most likely be removed and users will have to go through the risky process again. And two, updates may fail to install due to software modifications that occurred while the distribution has been rooted (either because of user alterations or due to the root access itself). So where does this leave you?

Well, in the first case the worst that could happen is that you will be unable to root Android, because the update patches the security exploit that was used for rooting. Needless to say, your low-level modifications will most likely be returned to stock as well, which can lead to a time-consuming process of having to revert (basically, re-do) them to their altered state.

In the second case, your device is basically exposed to any security exploits which would have otherwise been patched by installing the available update. It's a lose-lose scenario, either way, in most cases.

5. Rooting Is Not Easy Nor Trouble-Free

Experienced Android users may find the process of rooting Android as simple as installing an app from Google Play. Beginners, however, may find themselves in a pickle, having to deal with some not very straightforward procedures. It is not unheard of for a rooting process to fail, rendering a device useless (known as bricking). Luckily, in most cases a firmware flash will solve the problem, but this is not easy to perform either for beginners and will only lead to more downtime.

Similarly, when rooting users basically have to have blind faith in the developer responsible for the tool or the app that is/will be used, hoping that there's no sneaky backdoor built into it or that it will not harm the device. In most cases I haven't found this to be of issue (though one can never know for sure), but considering the multitude of Android devices available and the multitude of tools and apps available for rooting their distributions, the aforementioned risks are not part of a far-fetched scenario.

This article is not meant to scare you into believing that rooting Android is utterly useless and full of risks. As with anything in life, the good things come at a price and it is up to you to decide whether the risks truly outweigh the benefits or not. Many of us have enjoyed rooting Android, but that doesn't mean that you should do it too without knowing what you're getting into beforehand.

24 Responses to 5 reasons not to root Android