XMir gets axed as default display server on Ubuntu 13.10 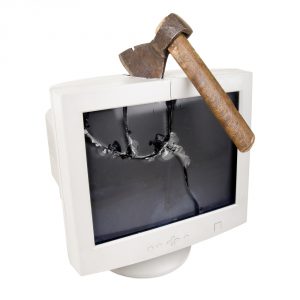 To say Canonical's Mir has been controversial is putting it lightly. After all, it is designed to usurp X Server as the typical display server on Linux (with compatible video cards). To make the transition easier, the company developed XMir -- a way to support X server-designed applications until they can be updated. However, many members of the Linux community are backing the alternative X Server successor, Wayland.

Things got ugly in August when Intel abruptly pulled XMir support from its xorg display driver, saying only "we do not condone or support Canonical in the course of action they have chosen, and will not carry XMir patches upstream". Canonical employee Michael Hall replied by saying "I've said it before, I'll say it again. You will not make your open source project better by pulling another open source project down".

In an amazing turn of events, Canonical employee Oliver Ries announces "while we are on track to successfully deliver Mir for Ubuntu on smartphones, we are unfortunately not going to be able to deliver Mir +XMir + Unity 7 as the default experience on the desktop. Mir has made tremendous progress and is currently available on the Ubuntu archive for use, but there are still some outstanding quality issues that we want to resolve before we feel comfortable turning it on by default".

He further explains, "many of these issues live in the XMir part of the stack, which provides the integration between the X server and the underlying Mir system compositor. More specifically, the multi-monitor support in XMir is working, but not to the extend [sic] we'd like to see it for all of our users. The core of Mir is working reliable, but with XMir being a key component for our 13.10 goals, we didn't want to compromise overall Ubuntu quality by shipping it".

The question in many people's minds is, has the Mir and XMir project failed? Canonical has already created a FAQ page to address it. The company says "not at all. Mir has made significant progress, and has been built with a full CI test suite, resulting in a reliable core, and a testament of this is Mir powering the Ubuntu for phones images. The only change is that we needed a little more time to assure the high quality our Ubuntu Desktop users expect, so we decided to do the right thing and not switch Mir on by default".

With Ubuntu 13.10 scheduled to be released this month, it is disheartening to see the project so disjointed. It can be reasonably expected that most major issues would be resolved at this stage -- especially when Mir and XMir were touted as the biggest features. While Canonical should be applauded for holding back buggy software, its failure to meet the deadline may be viewed as a black-eye on Mir overall.

2 Responses to XMir gets axed as default display server on Ubuntu 13.10