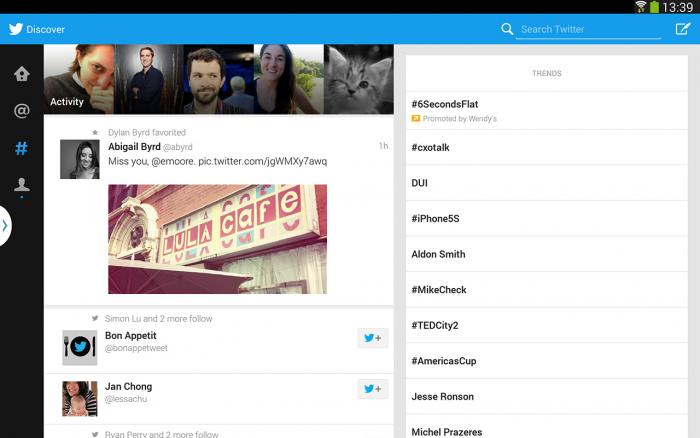 While Google+ is my social network of choice, Twitter is a close second. My favorite thing about the blue-bird-logo social network is that it is platform agnostic. You see, a great experience can be had whether you are on Windows Phone, Android, Windows 8 (including RT), OS X or iOS. Heck, it can even be used on a dumbphone with SMS. However, the Android app, while functional, was never optimized for a tablet experiene.

Today, the company releases a tablet version but it is only available for Samsung variants -- starting with the Samsung Galaxy Note 10.1 2014 edition. In other words, Twitter has managed to alienate the majority of Android tablet owners.

"While we've long offered a mobile app for Android users, we've not yet provided an app that is optimized for Android tablets –– until now. The landscape view fills your screen with Tweets, conversations, Trends, accounts to follow and more. With a single tap, Tweets expand on the right side to show photos, videos and article previews. Dive deeper with another tap to see photos, play videos or read links from the web in fullscreen mode", says Twitter.

Overall, Twitter's exclusivity agreement with Samsung is very disappointing. While the app looks amazing, I unfortunately cannot try it as I have a Nexus 7 -- at least right now. After all, the Android community is very resilient and I expect an .apk file to leak at any moment.