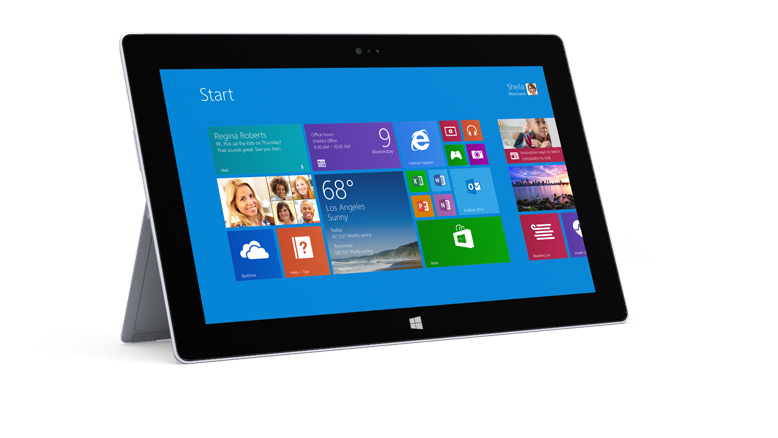 We all know the original Surface RT failed badly, and there are multiple reasons for its lack of success, including overpricing, poor distribution, commercials that revealed nothing about the product, and of course Windows RT -- the operating system that was a total mystery to consumers. No one knew anything about it. It came out of nowhere, hidden in the shadows of Windows 8.

What does RT mean? To anyone? (It’s just another in a long line of ambiguous Windows acronyms, joining the likes of XP, NT and CE). It looks like Windows 8, but it isn’t. It can’t run (most) desktop applications, despite having a desktop, and has other less than obvious limitations too.

In a conversation with ARN, Microsoft's product marketing manager for Surface, Jack Cowett, explained that customer confusion was the reason that the tech giant has removed the RT branding from the second generation Surface PCs.

"We think that there was some confusion in the market last year on the difference between Surface RT and Surface Pro. We want to help make it easier for people, and these are two different products designed for two different people," he says.

While removing the RT branding from Surface will help clear up one major source of customer confusion -- "What’s RT?" -- and no doubt help the product to sell, Microsoft could be accused of deliberately misleading would-be buyers. Surface 2 and Surface Pro 2 are, as Jack Cowett says, "two different products designed for two different people", but there’s no way of getting that from the name.

Anyone who hasn’t done their research beforehand and is thinking of buying one of the new tablets on the basis of an advert they’ve seen, or positive word of mouth perhaps, will be faced with two tablets with similar appellations -- one of which is a lot more expensive and called Pro. Where’s the clue that they aren’t both running Windows 8.1?

Take a look at the information on the Microsoft Store and it says that Surface 2 runs Windows RT 8.1, so the operating system name is there, it’s just buried everywhere else. And Microsoft isn’t doing a very good job of explaining the differences between the two next generation tablets either.

RT was always an awful name, but in choosing to remove (or hide, some might say) the branding, Microsoft isn’t really making things any clearer for consumers. It’s not telling them there are big differences between the operating systems found on Surface 2 and Surface Pro 2.

Educating the public on what RT is would have been a better way of eradicating confusion, or renaming the OS to something more descriptive -- Windows 8.1 Tablet Edition -- would have been an even better move.

While I don’t personally think Microsoft is deliberately misleading consumers with the new Surface name, or by downplaying RT, I do think it could have addressed the problem in a better, more transparent way.

97 Responses to Is Microsoft deliberately misleading buyers over Surface 2?