Twitter now allows you to receive DMs from anyone 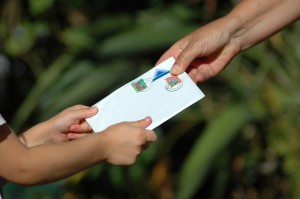 Twitter is changing the way direct messages work. Up until now DMs could only be exchanged between people who were following each other. But now all that changes as Twitter is making it possible for users to opt to receive direct messages from any of their followers, regardless of whether they are following them in return.

The setting is switched off by default, but once enabled you can receive direct messages from any one of your followers.

It's a feature that is gradually rolling out, but if you head to the Settings and look in the Account section, you'll see -- or will soon see -- a new setting labelled "Receive direct messages from any follower". This might sound reasonably self-explanatory, but the description lets you know exactly what this means: "Generally, you must follow someone before they have the ability to direct message you. If you check this option, any Twitter user that follows you will be able to send you a DM, regardless of whether you decide to follow them back".

The whole idea of Direct Messages is that it allows private conversations to take place between people who know each other. Rather than using the @name method of mentioning people which will then show up publicly for anyone with access to your timeline to see, DMs are kept off the record. You indicate your willingness to receive direct, private messages from your followers by following them back. What could be simpler? Why change it?

On one hand it makes it easier for companies to exchange messages with customers via Twitter without having to do so publicly. On the other, it is also open to abuse. If you opt to enable the setting, it is quite likely that you will soon by followed by a raft of companies who will deliver spam straight to you via direct message.

Do you have this new setting yet? Is it a feature you'll be enabling, or do you fear it will open the floodgates for unwanted messages?