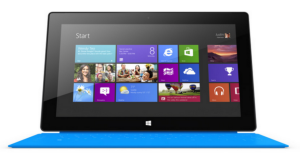 Just about everyone with a desktop, laptop or even a Surface Pro running Windows 8 has been busy updating to Windows 8.1 over the past couple of days.

But things aren’t so rosy for anyone with a Surface RT. After a number of users took to Microsoft forums to complain about problems updating their tablet/laptop hybrids to the latest version of Windows, the update was pulled from the Windows Store.

Moderators explained the removal of Windows 8.1:

The problems come as something of a blow to Microsoft which has been enjoying positive feedback and pushing the operating system update in a couple of new ads. It's not clear how many people have been affected by the issue, but Microsoft is likely to be breathing a sigh of relief that it is only the RT variety of 8.1 that is proving problematic as usage levels are far lower than regular Windows.

No detailed explanation has been given, but if there is any further news, we'll update this post accordingly.

Have you had trouble updating your copy of Windows RT? Take some comfort in the fact that Microsoft is looking into it.