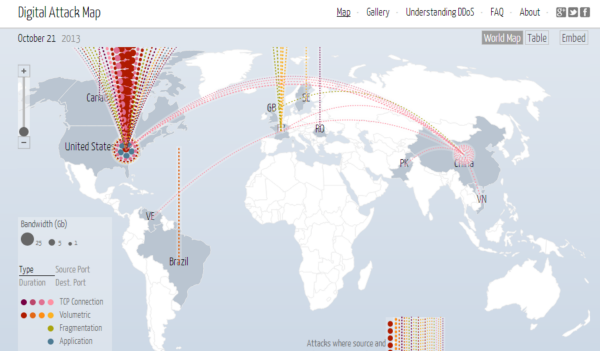 It's an idea which echoes of the Alliance for Affordable Internet campaign to make internet access cheaper, and Internet.org's dream of connecting the world, but there is a rather more political edge to it.

Google Ideas -- described as the company's "think/do tank" -- is partnering up with Council on Foreign Relations and the Gen Next Foundation to host a summit at which the problem of tackling restrictive online censorship will be addressed. At the same time, three tools will be released that help to promote the idea of online freedom of speech.

"Information technologies have transformed conflict in our connected world, and access to the free flow of information is increasingly critical. This week’s summit -- as well as [the tools] -- are all steps we-re taking to help those fighting for free expression around the globe."

Project Shield can be used by organizations disseminating information about elections, human rights and news to use Google technology to help avoid DDoS attacks. Digital Attack Map is a fascinating tool that display realtime information about DDoS attacks as they take place around the world. Rounding off the trio of tools is uProxy, a browser extension that helps to secure sensitive data against detection and censorship.

Find out more at the Google Ideas blog where there's also an introductory video.