Internet Explorer 11 for Windows 7 is all about performance 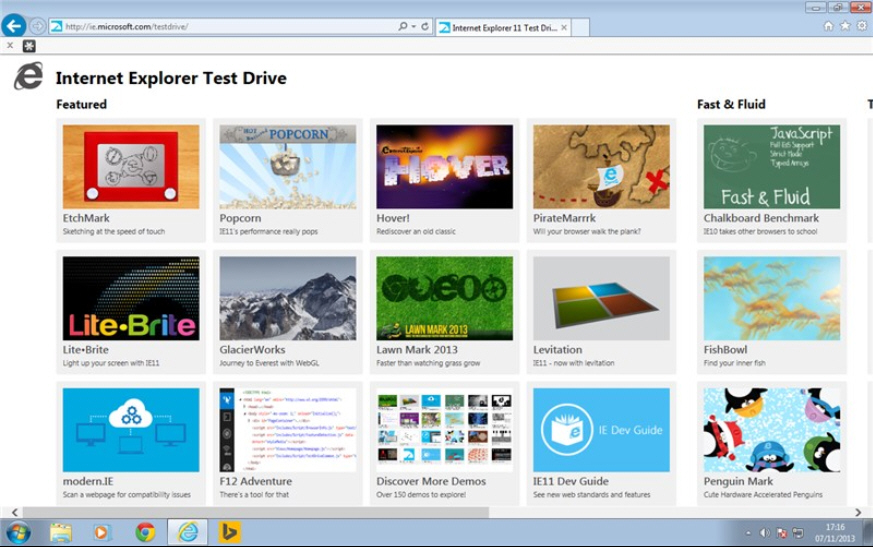 Microsoft has officially released the final version of Internet Explorer 11 for Windows 7. The latest iteration of its evergreen web browser ships with a firm focus on performance, with the promise of a 9 percent improvement over IE10.

There’s little visible difference between Internet Explorer 11 and its immediate predecessor for Windows 7 users -- none of the added functionally in the Windows 8.1 release has found its way into this build.

All the key changes to IE11 for Windows 7 are under the hood, with a focus on continuing to build on the performance gap IE10 opened up over rival browsers. Improved page loading times and faster JavaScript performance are joined by the promise of reduced CPU usage and better battery life for laptops and netbooks running Windows 7.

The 9 percent performance improvement comes with JavaScript performance, thanks to the updated Chakra JIT compiler, which supports more optimizations than its predecessor. Meanwhile page-loading times are made possible through pre-fetching the first link found on a web page, so it’s downloaded and ready to go in the background should the user subsequently click it.

Reduced CPU usage comes with the promise of improved WebGL graphics performance as IE11 offloads the work to the GPU, which has the added benefit of reducing power consumption.

Compliance with web standards -- including HTML5 and ECMAScript 6 -- has also been updated along with security and privacy updates (one study by NSS Labs shows IE11 to be vastly superior at defeating social engineering attacks compared to other browsers).

Users wishing to roadtest the new performance improvements and standards support can do so by visiting the IE Test Drive website.

Internet Explorer 11 for Windows 7 is available as a free download now, and will be rolled out through automatic updates over the coming weeks. IE11 is also available in Windows 8.1.