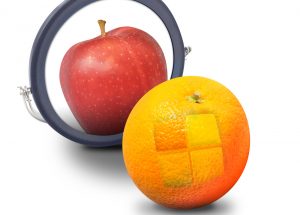 I own an iPad, and despite not rushing to buy a Surface, I actually quite like Microsoft's slate. A couple of days a week I work on my iPad (mostly remote accessing my PC via Parallels Access) and it's not a great experience. I know I'd get a lot more done if I was using a Surface Pro 2 instead, but Apple's tablet is far better in other areas, so for me it wins on balance.

Yesterday, on the Surface blog there was an article headed "What's new in Surface Pro 2". It was a detailed look at what Microsoft has done to improve the latest generation of its slate and I found it fascinating. Partly because it was an interesting read, but also because it was the sort of thing Apple would never do.

In the post, the Surface team goes into detail regarding the changes that were made to improve the new tablet. Here are some examples:

The blog post also goes into other areas where the new device has been improved, but "we're using more efficient high-power switching voltage regulators with dual-mode low power leakage characteristics" was the line that made me smile.

If Apple wrote a blog post headed "What's new in iPad Air" it would probably go something like this:

I'm exaggerating of course. The iPad Air page on the Apple site goes into more detail than that, but not a lot.

Both companies have evolved over the years, they've introduced new technology, and shaped our digital lives, but have they really changed all that much? Microsoft remains the geek, and Apple is still the cool kid as both were portrayed in Apple's famous Mac vs PC ads.

I re-watched a bunch of those commercials the other day, and was struck by how true they remain today.

In one ad Apple is talking about doing fun stuff, like music and movies, while the PC's idea of fun stuff is timesheets and spreadsheets. When Surface first came out Microsoft tried to sell it with dancers and clickable covers -- a more Apple approach -- and now it's back to pushing Office's inclusion on its tablet range, as well as Surface's ability to multi-task.

The two companies may operate in the same world, and offer similar products, but they couldn't be more different and I hope, for consumers' sake, that remains the case for a very long time to come.