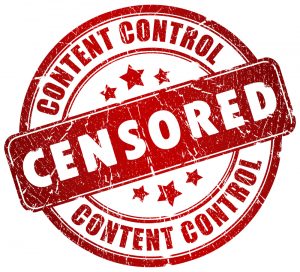 To help fight the problem of child pornography online, Google and Microsoft are joining forces to block access to illegal content in the UK and then globally. Writing in the Daily Mail, Google's Eric Scmidt explains how new search filtering techniques now prevent more than 100,000 search terms relating to child pornography from returning any results. The filtering is starting in English speaking countries, but will soon roll out to more than 150 languages.

He explains that Google and Microsoft have worked with law enforcement agencies for many years and are proactively involved in the removal of illegal images. More than 200 extra employees have been assigned the tasks of developing new technologies over the last three months. This is very much a joint venture between the two companies, and Schmidt recognizes the input of Microsoft, saying that the company "deserves a lot of credit for developing and sharing its picture detection technology".

Schmidt points out that automatically detecting and removing questionable images is very difficult. "Computers can't reliably distinguish between innocent pictures of kids at bathtime and genuine abuse. So we always need to have a person review the images." To help prevent the sharing of images that are detected, each is assigned a unique ID that makes it possible to rank it online -- this is something that Microsoft has been heavily involved in. Google engineers at YouTube have also developed technology that can be used to track videos of child abuse, and Google aims to share this with other companies in the future.

It is great to see companies who are essentially rivals working together like this, especially for such an important cause. But there are fears that any blocking methods will always be open to circumvention and there is the risk of pushing things further underground and making them even more difficult to police. It is a tremendously difficult topic, but Google and Microsoft are taking steps in the right direction.