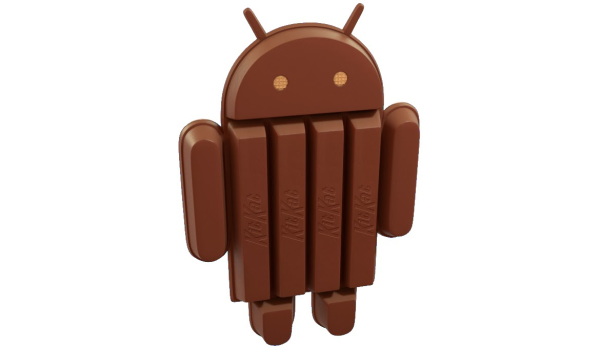 After launching Android 4.4 KitKat alongside the Nexus 5, Google released the latest version of the mobile OS for the Nexus 4, Nexus 7 and Nexus 10. The roll-out of the OTA upgrade kicked off on November 13 and the factory images arrived a couple of days later. Since I have already explained how to use the OTA files to get KitKat up and running, in this article I will show you how to do the same by leveraging the factory images.

Aside from allowing users to install Android 4.4, the KitKat factory images also come in handy for those who wish to upgrade, return their Nexus device to stock before selling it, and install various bits (the radios, the bootloader, etc.) to use with custom Android distributions. As you can tell, the factory images have a broader scope and, therefore, I will also cover the other most important ways you can benefit.

Before going any further, you should perform a backup of the data on your Nexus device. Nearly every outcome presented in this guide involves removing personal content, so it's best to err on the side of caution.

Regardless of why or how you want to install Android 4.4 KitKat (or use the factory images), you will need a couple of things to get started:

I recommend you to store the downloaded factory image in a folder that is easy to access (as close as possible to the root of the drive). For the purpose of this guide I will use a folder named Root on the C drive (the default drive for Windows installs). The path for the folder, in this case, is C:\Root.

The two are needed to ensure that the PC is able to communicate with your Nexus device, and handle the files needed for the process. I advise you to only use the files provided by Google (and not resort to ones from third-parties) as those are always up-to-date.

To keep things as simple as possible going forward, go to the folder where Android SDK Platform-tools is installed (in my case its location is C:\Program Files (x86)\Android\android-sdk\platform-tools) and copy the following files to the Root folder:

For verification purposes, if you have followed these steps correctly you will have the following files in the Root folder (the picture below shows the folder items for the 2013 Wi-Fi Nexus 7): 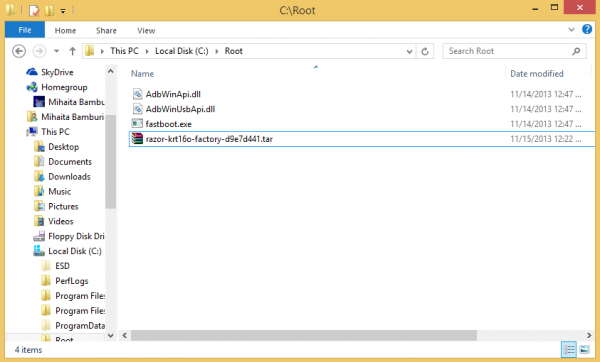 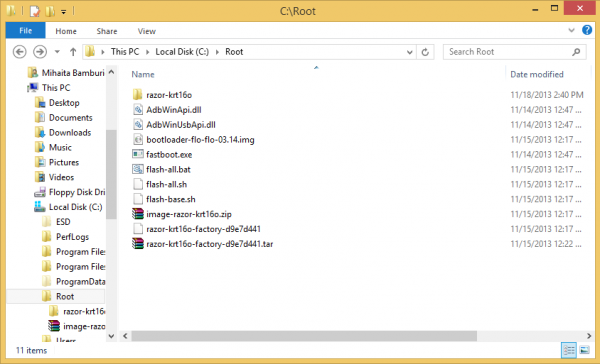 You will now have to install the right driver for your Nexus device. Follow the next steps for this process:

In order to determine whether your Nexus device is ready for the process, you have to enter fastboot mode, open a command prompt window and test if it can communicate with your PC.

To perform the test, go to the Root folder, right-click inside it while pressing the Shift key and select Open command window here. Afterwards, type the fastboot devices command and press the Enter key. 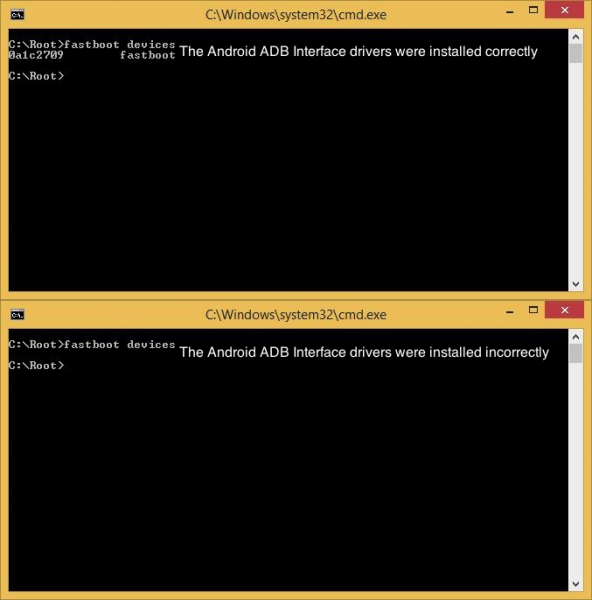 In this scenario all your personal data will be erased from the device, so make sure you have taken my advice to perform a backup. Here is what you have to do to initiate a clean install or return to stock:

Using this method you can upgrade to Android 4.4 KitKat and keep all personal data on the device. There is one major caveat, though -- the bootloader had to be unlocked before any personal was stored on the Nexus smartphone or tablet. Here is what you have to do in order to initiate the upgrade process:

If you are looking to keep the current software (either stock or custom) but wish to install individual components from the Android 4.4 factory image -- the list usually includes just the bootloader, kernel, radio and recovery (which is what I'll discuss below) -- you have to go through the following steps:

You can now restore the backed up data and enjoy your Nexus device running Android 4.4 KitKat.

Update: The story was updated to remove section about the lack of the Nexus 10 factory image (the file can be downloaded from said page).