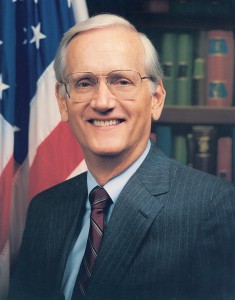 It’s hard to believe sometimes, but I began writing my columns -- in print back then -- during the Reagan Administration. It was 1987 and the crisis du jour was called Iran-Contra, remember it? Colonel Oliver North got a radio career out of breaking federal law. The FBI director back then was William Sessions, generally called Judge Sessions because he had been a federal judge. I interviewed Sessions in 1990 about the possibility that American citizens might have their privacy rights violated by an upcoming electronic surveillance law. "What would keep an FBI agent from tapping his girlfriend’s telephone?" I asked, since it would shortly be possible to do so from the agent’s desk.

"It would never happen", Sessions said.

"Why that would be illegal", the FBI director explained.

That old interview came to mind as I was thinking about the proposed NSA surveillance sanctions we’ll be hearing about this week. According to the usual leaks to major newspapers, the changes won’t be very much and bulk surveillance of American citizens will continue with maybe a privacy advocate allowed to argue before the FISA Court, though of course none of us will ever know about those secret arguments or how vigorously they are pursued.

Among the substantiated allegations against NSA operatives, by the way, is that several did snoop on their girlfriends, even though doing so was illegal.

What’s to be done then? I think real reform is unlikely so I won’t even suggest it. I’m trying to be practical here.

So just for the sake of discussion here’s my idea how to improve the status quo. Install the FISA privacy advocate, substantially beef-up the inspector-general operation at the NSA and require an annual report on its activities to the people of the USA. Beyond that I’d raise criminal penalties for violating specific privacy guidelines like snooping on past lovers using NSA data or facilities.

I’d apply the death penalty to these.

Violate the privacy of a US citizen as an NSA employee without proper reason and authorization and if you are caught then you die.

Because Judge Sessions was right, of course. Such violations would never happen.

Why that would be illegal.