Net neutrality is dead, but it probably doesn’t matter 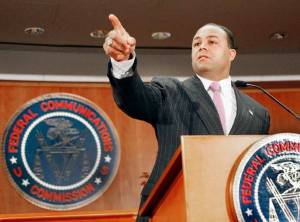 The FCC can’t have it both ways, said the Court, and so the Feds get to try all over again. Or will they? I think events are moving so quickly that by the time this particular argument is worked out all the players will have changed and the whole argument may be moot.

If you read the court’s near-unanimous decision they leave the Commission with two choices: 1) declare ISPs to be Title 2 Common Carriers (phone companies) or; 2) find different language to achieve net neutrality goals within a Title 1 regulatory structure (information services), which might be hard to do.

Under Title 2, voice service is considered a basic consumer right and not to be messed with. That’s how net neutrality proponents would like to see Internet service, too. Instead it is currently classified under Title 1 as an information service such as SMS texting. Your phone company doesn’t have to even offer SMS, nor do they currently have to offer Internet service. See the distinction?

Some pundits are saying the answer is to switch Internet service from Title 1 to Title 2 regulation. This is not going to happen. Yes, the Court says that’s the way to do it, but in the real world of US politics and government it won’t happen.

The time for it to have happened was when the current rules were made circa 2001. Back then an arbitrary decision was made to throw Internet service into Title 1 and I simply don’t recall much debate. The guy who made that decision was Michael Powell, then FCC chairman. Michael Powell (son of Colin Powell and not my favorite Mike Powell -- owner of the world long jump record) is now president of the National Cable & Telecommunications Association (NCTA), which is a trade association representing cable and telephone companies.

Michael Powell -- the guy who put Internet service into Title 1 in the first place -- says that his organization will do whatever it takes to keep the FCC from shifting Internet service to Title 2. That means lobbying and political donations but it could also mean going to court. That’s why net neutrality is dead. It was probably always dead thanks to Powell’s original decision more than a decade ago. We just didn’t know it.

Instead of mourning net neutrality, throwing a tantrum, or trying vainly to figure a way to make the FCC do what it is clearly not going to do, let’s look inside the whole issue of net neutrality to see if we really even need it. I’m not sure we do.

Net neutrality in the era of dial-up Internet was key because we were sipping our data through a very thin straw. V.92 modems could ostensibly download 56 kilobits-per-second while typical US broadband service of today is 3-5 megabits-per-second -- at least 60 times faster. Our straw today is a lot thicker. This is meaningless to ideologues but it has great practical meaning for actual users. The core technical issue -- then and now -- is packet prioritization. Under net neutrality no data packet is supposed to be better than any other which means Voice-over-IP and video streaming get no priority so Internet phone and TV services suffer, or ISPs fear they will.

Why should ISPs even care about such things? They don’t, actually, except as a way to make more money by selling packet priority to the highest bidder. The big ISPs, led by Verizon, want to goose their revenues by selling E-tickets to content providers.

But wait, there’s more! There are parallel battles taking place right now around what are similar, but not precisely identical, issues. On the one hand there is net neutrality and on the other bufferbloat, a technical issue I have written about many times. Net neutrality and bufferbloat are apples and oranges except that they both achieve similar aims. If we cure bufferbloat the effect of having lost net neutrality will go completely unfelt. We’ll get back such higher performance having defeated bufferbloat that whatever we lose to ISP greed won’t even be detectable.

Let me repeat that with slightly different words. Net neutrality is a policy problem. Bufferbloat is a technical problem. The people who are all upset about net neutrality typically have never even heard of bufferbloat. Yet once bufferbloat is solved the operational difficulties presented by the loss of net neutrality (whatever it is that I want to do online is affected by ISP’s selling packet prioritization) will probably become undetectable.

Bufferbloat is being solved. Network hardware vendors are aligning to fix the problem, each of them seeing in it a chance to sell us all new stuff. This will happen. It’s only a matter of time.

So maybe we shouldn’t care about net neutrality. I don’t care about it. But this appeals to me as a student of business tactics because that’s what we’re likely to see played out over the next year or so. The ISPs want to open-up a new product line to sell -- packet prioritization. But in order to do that they have to first generate need for it.

That need has been provided so far in part by the very people seeking net neutrality. What these folks don’t realize is the ISPs have been using the threat of net neutrality as a marketing message for packet prioritization. To this point it has mainly been used to sell extra bandwidth -- bandwidth that has been sold as a solution of sorts to the very real problems of sending streaming media over the Internet. Ironically more bandwidth doesn’t solve that problem at all, because the problem isn’t a lack of bandwidth, it’s bufferbloat.

So the ISPs, for all their fighting against net neutrality, have actually needed it to sell more bandwidth to content providers. And the bogeyman the ISPs have identified in net neutrality isn’t real at all -- what’s real is bufferbloat.

The reason this hasn’t been made clear is because the ISPs have been making a lot of money off of bufferbloat and are determined to make a lot more before it is cured.

Now that’s a great question -- by the people who are selling you the bandwidth of course.

This is, as my late mother would have said, bullshit.

If you need four gigabits you shouldn’t have to buy 10 gigabits.

The Internet and the Arpanet were built around Ethernet which in those days relied on Code Division Multiple Access with Collision Detection (CDMA/CD). The network was a single data bus with all the workstations and servers connected together. In order to work efficiently these devices had to communicate one at a time. In order to do that they adopted a Collision Detection scheme. Think of this like an old telephone party line if you are old enough to remember those (I am).

A party line allowed several houses to share one phone line. You could, if you were nosy, actually listen to your neighbor’s calls if you put your hand over the mouthpiece to keep them from hearing you. When you wanted to make a party line call, then, you’d first listen to hear if someone was already on the line. If they weren’t then you could dial. With CDMA/CD over Ethernet you’d do the same thing -- listening before dialing. If packets were detected the CDMA part would use a random number generator to determine when to listen again.

CDMA/CD did not allow 100 percent utilization of available bandwidth on the data bus. All that listening and waiting cut into the number of bits you could send. In truly practical terms the amount of data you could actually send over Ethernet was limited back then to about 40 percent of the rated bandwidth. That’s where we get the rule-of-thumb that we need to provision about 2.5-times as much bandwidth as we actually use.

Except we are no longer living in 1973. Ethernet is no longer coax. Networks are switched, not a common bus. The old rationale for provisioning bandwidth is meaningless today except as a way to justify selling or buying more than you actually need.

Now here’s an interesting point: if a byte falls in the forest and nobody is there to hear it does it make any noise? Joking aside, when a bandwidth provider suggests that you provision 10 gigabits for a four gigabit service, how many gigs are they actually selling you? Why four gigabits of course! You are paying 2.5 times as much as you should.

But this doesn’t mean our current switched networks are perfect by any means. It’s just that the solution of over-provisioning doesn’t actually solve the modern problem, which is bufferbloat.

Wait a minute!  Didn’t I just say that bufferbloat was about to be solved? If that happens our networks are going to suddenly start working a lot better, our legitimate bandwidth budgets are going to drop, and as a result backbone providers and ISPs are going to see a drop in both revenue and profit.

That’s why Verizon and the others need to be able to sell packet prioritization as soon as possible. They need a new -- hopefully even bigger -- source of revenue before bufferbloat is solved and the Internet becomes a buyers’ market. Those who are fighting against the ISPs on this issue are actually working to help those ISPs make their selling case to content providers. The law seems to be favoring the ISPs, too.

I’m pretty sure the ISPs will prevail. Net neutrality will fail. Nobody’s service will be hurt as a result because bufferbloat will be going away. But content providers will by then be paying for packet priority they probably never needed.