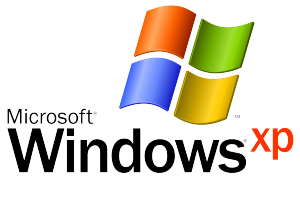 I have to admit I look forward to seeing NetMarketShare’s monthly breakdown of desktop OS market share. The figures always provide a great talking point. You can pretty much guarantee that Windows 8’s share will decline, Windows 8.1’s share will increase, and combined the tiled OS’s growth will be outpaced by one of the older versions of Windows.

Usually it’s Windows 7 that’s showing the top growth. Sometimes besting Windows 8.x by a tiny amount, other times absolutely trouncing its newer sibling. But this time around, there’s a brand new leader in the growth stakes, and it’s a 13 year old OS that’s set to reach its end of life in April.

Yes, you can forget about XP users switching to Linux, or upgrading to Windows 8.x, because in January the veteran OS actually grew its market share by 0.25 percent. In December XP had a 28.98 percent share, but in January that rose to 29.23 percent.

Windows 8 fell from 6.89 percent in December to 6.63 percent in January, which is to be expected as users continue to upgrade to 8.1 (although you have to wonder why more people aren’t upgrading to the very latest version given it’s a marked improvement -- and free). In the same time period Windows 8.1 rose from 3.60 percent to 3.95 percent. Combined the two flavors of tiled OS grew by 0.09 percent, which is much, much less than in previous months. And, let’s not beat about the bush here, a bloody appalling result for Microsoft which would have been hoping to see solid growth for "New Windows" following the holiday season.

There is some good news for Windows 8.x, and that’s it managed not to get beaten by Windows 7 as well this month. For the first time in half a year, the older OS actually lost market share, dropping from 47.52 percent to 47.49 percent, a fall of 0.03 percent. That doesn’t mean much really -- it's worth pointing out it comes off the back of a stunning 2.62 percent gain last month -- and Windows 7 could well show growth again in February.

Now, let’s be realistic here. NetMarketShare’s figures don’t suggest Windows XP is suddenly going to come roaring back, it’s just a statistical anomaly (although I said that the first time Windows 7 started really outpacing its newer sibling), but you have to smile that with all the effort Microsoft has put into persuading people to jump from Windows XP to Windows 8.x, the ancient OS actually grew market share much faster than its supposed replacement.