Light is a fast-loading, stripped down Firefox fork 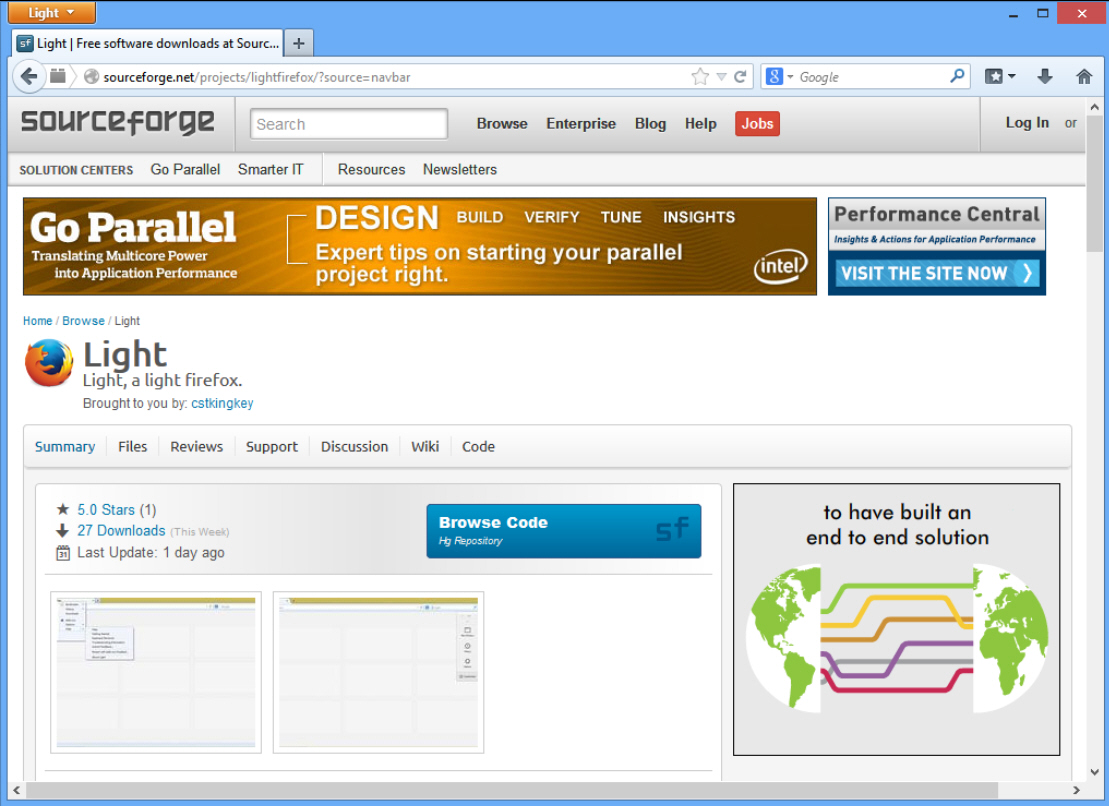 If you’re not happy with the performance of Firefox on your PC then you could try tuning the browser manually. This isn’t difficult, but could take a while, as there are many possibilities to consider.

If you’re in a hurry, then, you might prefer to grab a copy of Light, a Firefox fork where many components (developer tools, less common APIs) have been "slimmed down" or removed entirely to improve its speed.

The program can be installed alongside an existing Firefox installation, so it’s easy to try out. The only minor hassle is that Light has the same icon as Firefox, confusing if you pin both of them to your taskbar.

Once we’d figured out which button did what, our initial tests suggested Light really does launch much faster than the regular Firefox. We saw startup times fall by perhaps 40 percent on average, well worth having.

Initial RAM use also dropped by 20 percent, although that advantage didn’t always seem to remain if we opened multiple tabs; sometimes Light appeared to use less RAM than Firefox, sometimes more, and we couldn’t quite figure out why.

The browser isn’t just about performance tweaks, though. It also supports one or two extras, including "portable mode", where Light can use an INI file rather than Registry settings to find its user and temporary folders.

We’re unsure how much RAM you’re going to save, but Light does launch very quickly, and as you can run it alongside regular Firefox then that may justify keeping it around.

3 Responses to Light is a fast-loading, stripped down Firefox fork