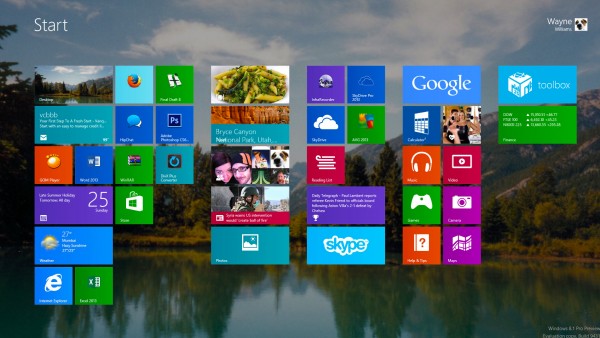 Very little has been said about sales figures for Windows 8 of late, but today Tami Reller, Microsoft's executive vice president of Marketing outed the most recent number of sales during a webcast. Reller revealed that 200 million Windows 8 licenses have now been sold. This is an impressive increase from the last sales figures of 100 million back in May 2013, but sales of the latest version of Microsoft's operating system remain slower than its predecessors.

The 200 million licenses do not include volume license sales, but the number does include sales to the public as well as those to OEMs. A doubling of sales in under a year is not to be sniffed at, but it will probably do little to calm the vocal groups keen to bash Windows 8's success. Ultimately the speed of sales is still a little slow. While more than 40 million licenses were sold in the month after Windows 8's release, this was not sustained.

Sales are a little on the disappointing side when compared to those of Windows 7. While Windows 8 has taken almost 15 month to pass the 200 million landmark, Windows 7 raced past this, selling 240 million licenses in its first year of availability.

It's not clear whether Microsoft was waiting until the 200 million mark was passed before announcing sales figures again, or indeed if there will be further, more regular announcements.

But one thing is for sure -- champagne corks had to have been popping when that magic number was reached.