WhatsApp is the first of several big acquisitions for Facebook 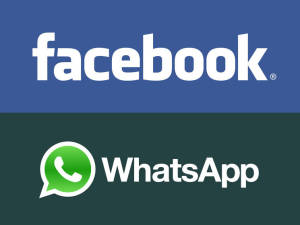 If the announcement of Facebook paying $19 billion in cash and stock for WhatsApp surprised you then maybe you’d forgotten this prediction I published on January 8th:

#6 -- Facebook transforms itself (or tries to) with a huge acquisition. I wrote long ago that we’d never see Facebook in the Dow 30 Industrials. The company is awash in users and profits but it's lost the pulse of the market if it ever had it. Trying to buy its way into the Millennial melting data market Facebook offered $3 billion for Snapchat, which turned it down then rejected a $4 billion offer from Google. Google actually calculates these things, Facebook does not, so where Google will now reverse-engineer Snapchat, Facebook will panic and go back with the BIG checkbook -- $10+ billion. If not Snapchat then some other overnight success. Facebook needs to borrow a cup of sugar somewhere.

Now $19 billion may still seem like too much money but remember the alternative for Facebook is oblivion. Facebook stock is overpriced, making the acquisition cheaper for the company than it looks. On a per-user basis it’s still substantially below Facebook’s own numbers. And part of the reason for that big number is simply to have it be a big number -- big enough to make the point to Wall Street that Facebook is determined to buy its way in front of the wave.

The only limit on what it would have paid for WhatsApp, in fact, was that it had to leave something for the next big acquisition, because this is not the end. Look for another $5+ billion acquisition soon for Facebook (maybe higher if it can use all or mostly stock).

This is what happens, you see, when the mojo goes, leaving only money behind. You spend it trying to appear youthful again.