Where have all the fanboys gone? Is brand loyalty dead and buried? 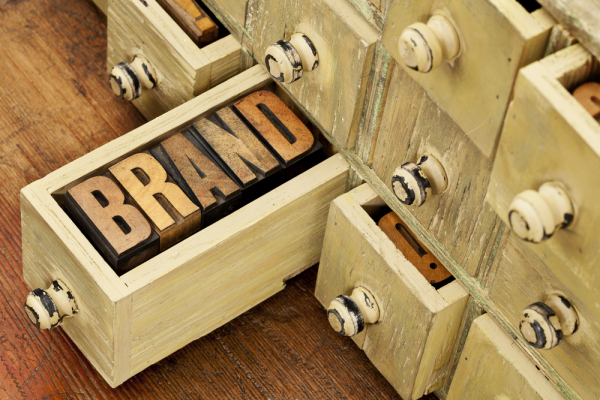 This is a personal account of the way I have noticed the technology markets changing over the years. It is not gospel, and you are welcome (encouraged, if you like) to disagree… It's not all that long ago that brand loyalty was a given; it was almost the default setting for many people. If you got into computing -- and it was something you "got into" rather than just having as part of your life -- you stuck loyally to whatever brand you chose at the start. We could go back to the 70s and look at the birth of personal computing, but as this is my personal account, we'll have to start in the 80s.

I did just manage to sneak into the 70s -- being born in 1979 puts me in the difficult-to-comprehend position of being 34 years old but having seen five decades -- but an interest in computing didn't emerge until some time in the late 80s. I remember there being several computing camps: BBC, Amstrad, Spectrum, Vic and Commodore to name a few. My decision was made for me at an early age when my dad decided to invest in a Commodore 16 Plus 4 (the Plus 4 referring to the fact that the OS featured four built-in applications including a spreadsheet tool, the absurd simplicity of which was not lost on me even at a young age).

The Commodore was laughably basic -- in retrospect, I'm fairly sure I realized this at the time -- but it did give me a chance to cut my programming teeth. Hitting secondary school, I was introduced to the wonders of the PC and my dad decided it was time to switch to a new platform. The Commodore, which had to be plugged into a television rather than a monitor, was found wanting and ultimately left to gather dust in a cupboard. There was much excitement amongst my circle of friends about the system we would be getting. It was at the time of the first breed of Pentium processors, the speed of which just could not be conceived!

Our family, however, opted for the next model down; a 486 DX2-66 running, unsurprisingly, at a blistering 66MHz and packing a mindblowing 16Mb RAM. All for around £1500 -- probably about $3000 with the exchange rate at the time. Starting off with Windows 3.11 and progressing through Windows 95 to 98, this was a workhorse used for my father’s business, as well as homework, surfing the web on a 56k modem (straight in at the top end of dial up speeds!). Knowing a few dodge characters, even in the days before BitTorrent and the like, it was still possible to obtain early builds of Windows, and I remember eagerly installing Memphis, Nashville and other builds whose names now escape me -- yes, I could venture towards Wikipedia, but where's the fun in that?

I loved Windows. I loved being able to tweak the hell out of it. I remember editing config.sys and autoexec.bat files, delving into the registry and tinkering with .ini files. I was hooked. Among my friends, PCs were very much the norm. Macs were not unheard of, but they were outrageously expensive and the preference of… well… freaks, really. It was Windows all the way through school. It was just expected that this is what you would use. It was a little strange at university being offered the choice of Macs or PCs! I had used Macs a few times -- they were hardly difficult, after all -- and they did make a nice change every now and then.

It wasn’t until starting my first (proper) job at the age of 21 that I encountered what would now be known as fanboys. Working in publishing, writing about computers meant using a PC day in, day out, and spending just about every waking hour with likeminded people. Despite working for countless PC titles -- including an official Windows Me title (stop sniggering!) -- it was interesting to encounter the design and art teams who not only used Macs, but lived, breathed and staunchly advocated the use of them.

Letters from readers were quite vitriolic in their support for, or hatred of, Macs or PCs. Back then it was just not possible to like both. There was, of course, Linux, but this was considered seriously weird! It was around this time that smartphones started to emerge… or what would come to be known as such. If desktops and laptops were polarizing when it came to operating systems, it was nothing to what was to come in the world of cell phones. There was a lot of choice to start with. Palm, BlackBerry, Windows Mobile and, of course, Android and iOS.

Again, you chose your camp and stuck to it doggedly. I'm nothing of a sports fan, but it could be likened to picking your team. Whether you make your choice based on where you live, a family history, or a colour preference, it was your choice to the death. Everything else was rubbish, used by idiots -- but the chances were that your choice of desktop operating system did not match your mobile OS.

The explosion of the mobile market is when brand loyalty started to fragment I think. Microsoft devotees who were evangelical in their support of Windows were swayed by Android or by iOS. And this is where things start to get a little odd. There are lots of mobile fanboys. Who hasn’t heard someone defending their choice of handset? And just saying "I prefer this" is not enough. You have to be willing to die for your mobile operating system.

But while Windows continues to rule the desktop, Microsoft is yet to make serious inroads into the mobile market. You might now be a Windows XP fanboy (or just a supporter, if you prefer), but the chances of being a Windows Phone fanboy are, well… slim, shall we say. Mobile and desktop have created a couple of unique markets. Despite the fact that just about everyone uses desktop and mobile platforms there are very few people who could be -- honestly -- labelled as Microsoft fanboys. The chances are that you use Windows as your primary operating system, but it’s likely that you use Android or iOS on your phone or tablet.

Of course, there are some people who survive using just Microsoft products; it is not impossible. Apple users are the most likely to be ardent fanboys (if we must continue to use the term, let's at least agree that it’s not a term of criticism or praise, merely descriptive). Apple may not be the leader of either desktop or mobile platforms, but there's a decent crossover. The same can probably be said of Windows Phone. If you use a Windows Phone, I think it is fair to say that it is unlikely you use OS X or Linux! But in both cases it is hard to argue with the suggestion that numbers are low.

So maybe fanboys do still exist, but they have changed. And the companies who have the fanboys are the ones to blame. Microsoft's Windows Phone has still failed to win many fans, and the same can be said of Chromebook, despite Google's dominance in so many other areas. What do companies need to do to enjoy the brand loyalty of the past? Does it still exist in pockets, or have consumers been empowered by choice? I know that I am not alone in using iOS, Android, Windows Phone, ChomeOS, OS X, Linux and Windows. Variety is the spice of life! Of course I have my favorites, but I would never class myself as a fanboy (this in spite of the fact that, as some are undoubtedly aware, I write for other sites and publications, some of which have a particular leaning to them). My needs change and I will use the best tools for the job. I'm yet to find one company that caters to all of my needs and I would be interested to hear whether I am in a minority or completely alone.

20 Responses to Where have all the fanboys gone? Is brand loyalty dead and buried?